The city of Buffalo, New York has filed a lawsuit against five prominent gun makers, accusing the companies of causing increases in gun violence with irresponsible marketing and sales practices.

The city filed its case under the 2021 New York state law that allows for lawsuits that seek compensation for “public nuisance,” which, in this case, was allegedly created by firearm manufacturers and vendors.

“The city of Buffalo is experiencing the entirely predictable results of Defendants’ lawless behavior: Exponentially increasing numbers of firearms, including untraceable ghost guns used in crimes … including multiple murders and other crimes of violence, often committed by persons who could never legally acquire a conventional firearm in the first place,” the city contends.

“Defendants’ actions have created, maintained, or contributed to a condition in Buffalo that impacts the health and well being of us all,” the over 100-page lawsuit said. “Defendants’ conduct in the design, manufacturing, importing, selling, marketing and distribution of their firearms has created, contributed to, and maintained the public nuisance of unlawful possession, transportation, and disposition of firearms and the utilization of guns in the commission of an offense.”

Bushmaster, one of the accused gun manufacturers, has said it is still reviewing the complaint but it appears “false,” per Reuters.

In court filings, the city argued that the companies advertised their products’ high capacity and easy concealment – encouraging people with “criminal intent” to purchase a gun. Officials for Buffalo also accused the companies of supplying more guns than were needed by the market’s demand and of not taking steps to stop illegal sales, per Insurance Journal.

Attorneys for Buffalo included statistics from the Centers for Disease Control and Prevention noting that gun violence is on the rise at a national level. The city’s legal team also suggests the documented increase in gun ownership across the country since 2020 contributed to increased national gun violence.

As an example of the problems facing the city, the lawsuit points out that Payton S. Gendron, who killed 18 people and wounded ten others at a May 14 mass shooting at a supermarket in Buffalo, used a Bushmaster XM-15 that he purchased at a New York gun store.

“Defendants knew or should have known that… some of the firearms they manufacture and/or distribute would be diverted into the hands of those who would violate the law, and… they could take steps to reduce the number of firearms that fall into the hands of criminals by changing their merchandising practices,” the city stated.

Buffalo is seeking a trial by jury. The lawsuit was filed in the Supreme Court of the state of New York, Erie County.

“Members of our community have suffered too much and for too long from gun violence,” Buffalo Mayor Byron W. Brown said at a news conference on Dec. 20. “We must do everything we can to decrease gun violence. Enabling the possession of illegal guns destroys lives and deeply affects our neighborhoods, especially in Black and Brown communities.” 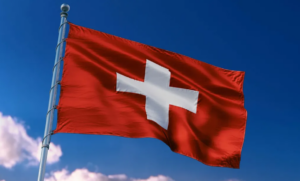