The Ivy League school in Rhode Island says the move will “call attention to a subtle, often misunderstood form of structural inequality.”

Caste refers to the social hierarchy found in South Asia and South Asian immigrant communities in Western countries. The system separates people into higher, middle, and lower classes — with the lowest ranking members of society being classified as ‘untouchables’ — has been observed for an estimated 2,000 years.

According to Sylvia Carey-Butler, Brown’s Vice President for Institutional Equity and Diversity, the issue of caste discrimination in the United States is becoming a more prominent issue on college and university campuses as the South Asian population grows.

“Our nondiscrimination policies exist to ensure we’re protecting people and to ensure the University environment is free of hurt and harm,” Carey-Butler said in a Dec. 1 statement released by the university. “We have a long-standing commitment to this work, and it is engrained into the fabric of who we are.”

Students at Brown who have advocated for additional protections presented research on the issue in the spring with Carey-Butler’s support.

“Caste follows the South Asian community wherever they go,” Neha Narayan, one of the students in favor of the policy change, told NBC News. “I’ve heard of multiple instances of people being asked coded questions … even on a couple of instances of students being asked, ‘Hey guys, what’s everybody’s caste?’”

“Members of (lower castes) are systemically discriminated against in the labor force in India, but also in the United States,” she added while speaking with The Brown Daily Herald. “When the South Asian diaspora moves, caste moves with them.”

The study found a “clear statistical pattern” that showed “applicants with names associated with a low-caste background faced odds of a positive outcome only 0.67 as large as those for an application with a typically high-caste name.”

“These findings clearly imply that discrimination against applicants based on name association occurs even in the very first stage of the job search,” the researchers noted.

Paul Attewell of the City University of New York Graduate Center added, “Social exclusion is not a residue of the past; it is alive and well even in modern, high-tech India.”

“The significance of adding caste … is it ensures that the communities most impacted and most vulnerable to this type of discrimination or harassment know that the university recognizes the harm caused,” said Danésha Nichols, director of UC Davis’ Harassment & Discrimination Assistance and Prevention Program, per KLOVE.

Similar action was taken by the California State University system in January 2022 and Brandeis University in December 2019.

Two professors subsequently sued CSU to prevent the amended policy from being enforced. The professors argued the policy was an “inaccurate depiction of the Hindu religion” and that it “seeks to define the Hindu religion as including ‘caste’ and an alleged oppressive and discriminatory caste system as foundational religious tenets” which is forbidden under the First Amendment, per RNS. 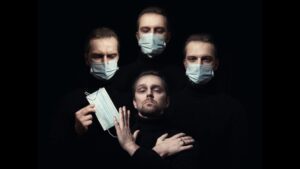