The England and Wales Cricket Board suspended cricket club Yorkshire because of its handling of alleged racism faced by former player Azeem Rafiq.

The board said the case “is causing serious damage to the reputation of the game.”

“The ECB find this matter abhorrent and against the spirit of cricket and its values,” the governing body said in a statement.

“There is no place for racism or any form of discrimination in cricket and where it is found, swift action must be taken,” ECB added. “Discrimination of any kind on the field of play, in the dressing room, in the stands, or in the boardroom is intolerable in sport or indeed, society. Cricket must work together to eradicate it.”

Last year, Azeem Rafiq, a former England under-19 captain, said he contemplated suicide because of the treatment he faced as a Muslim player while on the team. The 30-year-old has accused Yorkshire of failing to deal adequately with his allegations.

“A formal independent investigation was commissioned by Yorkshire into more than 40 allegations made by Rafiq, with seven of them upheld in a report released last month,” per AP News.

Former England cricketer Gary Ballance said on Nov. 3 that he used a racial slur with Rafiq when they played for Yorkshire. However, he said that “this was a situation where best friends said offensive things to each other which, outside of that context, would be considered wholly inappropriate.”

Although Ballance has not played professional cricket since 2017, the ECB gave him an indefinite ban on possibly being selected to play again pending an investigation.

The ECB received an independent report last month that noted that “the racial slur ‘P**i’ had been deemed an equivalent term to ‘Zimbo’” which was “the nickname that Rafiq was understood to have used for Ballance.”

UK health secretary Sajid Javid said that “heads should roll” on Twitter following the publication of the report.

In September, the club offered the Pakistan-born player their “profound and unreserved apologies” for his experience. The team then came under fire after it said no disciplinary action would be taken against any staff.

They were dropped by several sponsors, including Nike who makes Yorkshire’s uniforms, and long-term local supporters, Yorkshire Tea and Tetley Bitter.

“The ECB, the English game’s governing body, has stripped Headingley, Yorkshire’s headquarters in Leeds, of the right to stage a Test between England and New Zealand in June 2022, as well as a one-day international with South Africa in July,” per NDTV Sports.

Executives for the club, including chairman Roger Hutton, chief executive Mark Arthur and director of cricket Martyn Moxon, are set to appear before the Department for Digital, Culture, Media and Sport select committee on Nov. 16. 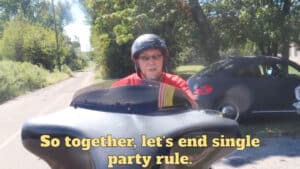