A 62-year-old commercial truck driver in New Jersey officially defeated the long-serving State Senate President Thursday, with the Associated Press calling the race for the Republican and first-time politician two days after the polls closed.

“I have lived here all my life. I have been a commercial truck driver for the last 25 years. I consider myself to be ‘blue collar,'” Durr states on his campaign website.

Durr spent only $153 on his primary campaign.

“I didn’t beat him. We beat him,” 62-year-old Ed Durr said on “Fox News Primetime” late Wednesday. “The state of New Jersey, the people of New Jersey beat him. They listened to what I had to say and I listened to what they had to say, and it’s a repudiation of Governor Murphy [who] went and locked us down and ignored the people’s voice and senator Sweeney chose to do nothing for those 18 months.”

Stunning Upset: A truck driver is on the verge of defeating the longtime New Jersey Senate president – despite spending almost nothing on his campaign. Ed Durr's reaction: "I didn't beat him, We beat him"
Story: https://t.co/paydt3rT2T pic.twitter.com/MPYaOjPsWP 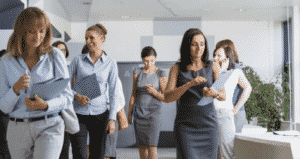