Brendan Fraser revealed he was open to working on another film in the the Mummy series, Variety reported on Wednesday.

While speaking with the outlet about his latest film The Whale, directed by Darren Aronofsky, Fraser revealed his thoughts on the future of The Mummy franchise suggesting he would be interested in returning for a fourth installment.

“I don’t know how it would work,” Fraser said. “But I’d be open to it if someone came up with the right conceit.”

“It is hard to make that movie,” Fraser continued, referencing Tom Cruise’s 2017 reboot of The Mummy. “The ingredient that we had going for our Mummy, which I didn’t see in that film, was fun. That was what was lacking in that incarnation. It was too much of a straight-ahead horror movie. The Mummy should be a thrill ride, but not terrifying and scary.”

Universal Studios, which has released films in The Mummy franchise since 1932, released Cruise’s 2017 reboot in what was intended to be a shared universe, similar to the Marvel Cinematic Universe (MCU), between the Mummy and other classic Universal Monsters initially donned the “Dark Universe.” Following the 2017 adaptation’s critical and commercial failure, plans for the Dark Universe were scrapped.

“I developed muscles I did not know I had,” Fraser told journalists of his role in The Whale. “I even felt a sense of vertigo at the end of the day when all the appliances were removed; it was like stepping off the dock onto a boat in Venice. That [sense of] undulating. It gave me appreciation for those whose bodies are similar. You need to be an incredibly strong person, mentally and physically, to inhabit that physical being.”

Fraser’s role in Aronofsky’s new film marks his return to a starring role since 2013’s Breakout. Bros actor Guy Branum criticized Fraser for his role as an obese gay man in the film saying, “As an actual fat gay person, I feel like my life doesn’t need to be a metaphor for somebody else’s pain.”

“We all want Brendan Fraser to have a great comeback. We all want this moment for him,” Branum concluded. “But we also need to think about how much we are representing queer life and fat life through straight actors or prosthetics.”

“I was never that far away. You can’t get rid of me that easy. But I’m glad to have a job,” Fraser continued noting resurgence in popularity surrounding his casting in Aronofsky’s film before joking, “I’m still expecting somebody to walk over to me, hand me a dish towel and say, ‘Fraser, get back in the kitchen.'” 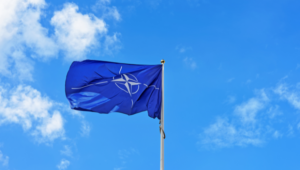