The UK’s highest court has denied Wikileaks founder Julian Assange’s request to appeal the order for him to be extradited to the United States.

Assange faces charges in the US under the Espionage Act for his publication of the Iraq and Afghan War Logs. If convicted, he could face a maximum sentence of 175 years in prison for publishing the materials.

Last year, UK Judge Vanessa Baraitser denied an extradition request by the US government because Assange would not be prevented from committing suicide in our prison system.

The judge’s ruling was overturned in an appeal by the US government in December, prompting Assange’s legal team to appeal to the UK’s highest court for an appeal of their own.

According to a report from NBC News, the court said it refused because the case “didn’t raise an arguable point of law.”

“Monday’s news narrows Assange’s options, but his defense team may still seek to take his case to the European Court of Human Rights or challenge the original judge’s other findings,” the report explains. “Barry Pollack, Assange’s U.S.-based lawyer, said Monday that it was ‘extremely disappointing’ that Britain’s Supreme Court is unwilling to hear the appeal.”

The Committee to Protect Journalists said in a statement earlier this year that “the prosecution of the WikiLeaks founder (Julian #Assange) in the United States would set a deeply harmful legal precedent that would allow the prosecution of reporters for news gathering activities and must be stopped.”

Committee to Protect Journalists: “The prosecution of the WikiLeaks founder (Julian #Assange) in the United States would set a deeply harmful legal precedent that would allow the prosecution of reporters for news gathering activities and must be stopped” https://t.co/CkLErXEmkc

UPDATE: Wikileaks Editor-in-Chief Kristinn Hrafnsson posted a statement saying that he is “almost speechless” and that the matter now goes to Priti Patel, the Interior Minister.

Timcast has reached out to Stella Moris, Assange’s fiance, for comment. This article will be updated if one is provided. 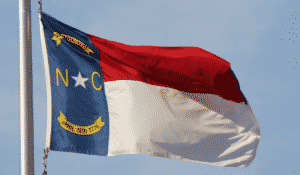