On Tuesday, The Senate voted to raise the debt ceiling by $2.5 trillion. The vote comes only one day before Treasury Secretary Janet Yellen said the U.S. would default on its debt.

Democrats provided the only votes in favor of the hike. The final vote stands at 50 to 49, with a single Republican abstaining.

Senate Majority Leader Chuck Schumer said the hike would allow the U.S. to borrow enough money to fund its operations through 2023. This will keep operations going until after the midterm elections.

Schumer and Senate Minority Leader Mitch McConnell reached an agreement on the vote last week. The deal required they attach a rule-change to another bill, centered on Medicare coverage for Americans, that would allow the debt ceiling resolution to move forward with a simple majority vote.

This allowed Democrats to avoid a Republican filibuster threat.

Additionally, it permitted McConnell to call it a win, as he wanted only Democrats to vote for the debt ceiling hike. This strategic play enables the GOP to go after Democrats for the debt in the run-up to the 2022 midterms.

Other members of the GOP are frustrated that McConnell allowed Democrats to utilize a fast-track approach instead of using a more traditional process of reconciliation to pass the bill.

The debt hike must now be passed in the House. 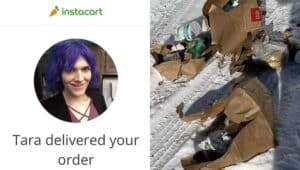