Authorities reportedly have a suspect “pinned down” in a nearby barn. Highway I-540 has been shut down.

“DPS is providing any needed resources as requested in this investigation and working with local law enforcement to stop this shooter,” said NCDPS Secretary Eddie M. Buffaloe Jr.

One shooting victim has reportedly been admitted to level 1 trauma department.

“I have spoken with Mayor Baldwin and instructed state law enforcement to provide assistance responding to the active shooter in East Raleigh,” North Carolina Governor Roy Cooper announced. “State and local officers are on the ground and working to stop the shooter and keep people safe.”

Police are allowing Hedingham residents to enter the neighborhood. Authorities reportedly have an idea of the suspect’s location.

“I heard two gunshots and they were really loud so I knew something was close by and then I heard three other gunshots,” said one witness who spoke with WRAL. “I saw him basically pass my house in the backyard. He had a long barrel shotgun. He was dressed in camo. He had a full backpack on that was also camoflauge.”

The suspect is believed to be a white teenage male with a long gun. Police have reportedly cornered a suspect in a nearby garage, ACB 11 reported.

Police advised residents in the Neuse River Greenway near Osprey Cove Drive and Bay Harbor Drive area to remain in their homes. The incident is reportedly occurring near a neighborhood golf course and trail.

Three people are dead, including an off-duty police officer, as the shooter is allegedly performing execution-style murders on the walking trail area of Neuse River Trail in Raleigh. The suspect is reportedly shooting people at point blank range in the face while wearing camouflage, according to the Inside Paper. Wake EMS activated a 4th alarm MCI response for multiple down.

Suspect is still at large; the manhunt for the suspect who killed at least three people and injured many more in east Raleigh, North Carolina, continues.

An off-duty officer was killed, per one high-level city official, after responding to the active shooting in a neighborhood close to the Neuse River Trail, WRAL reported. Three patients related to the shooting have arrived at Wake Med.

The Raleigh Police Department is currently on the scene of an active shooting in the area of the Neuse River Greenway near Osprey Cove Drive and Bay Harbor Drive.

Residents in that area are advised to remain in their homes.

Officers have gathered along the woods at the intersection of Tarheel Club Road and Old Milburnie Road.

The Hedingham neighborhood has been blocked off as authorities search the area surrounding homes. Hedingham Golf Club has been closed, according to a representative. Golfers are currently being held inside for safety.

More than one crime scene has been confirmed, ABC 11 reported.

The shooter is not in custody as of yet.

Timcast News has reached out to Raleigh Police Department for comment.

This story is still breaking. Further updates will be provided as the situation unfolds. 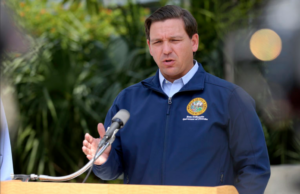