No Government Delegates or Officials will attend the events in Beijing

The Biden administration will not send an official US delegation to the 2022 Winter Olympics in Beijing as a statement against China’s “ongoing genocide and crimes against humanity in Xinjiang,” said in Monday’s statement by White House press secretary Jen Psaki.

US athletes will still be allowed to compete in the Olympics, but the Biden administration will not be sending any government officials to the games. The same policy applies for the Paralympic Games, which are also taking place in Beijing in 2022.

Beijing is set to host the 2022 Winter Olympic Games in February. Human rights activists and congressional Republicans have been actively calling for a boycott of the event amid international criticism of China’s treatment of Uyghur Muslims in the northwest region of Xinjiang, its crackdown on protesters in Hong Kong, and its policies toward Tibet and Taiwan.

The White House is looking to send a “clear message” that the human rights abuses in China mean there cannot be “business as usual,” Psaki told reporters at a White House briefing.

“The athletes on Team USA have our full support, we will be behind them 100% as we cheer them on from home,” Psaki said.

Psaki also said that the United States “will not be contributing to the fanfare of the games.”

“U.S. diplomatic or official representation would treat these games as business as usual in the face of the PRC’s egregious human rights abuses and atrocities in Xinjiang, and we simply can’t do that,” Psaki said.

The move marks an escalation of pressure by the US on China over allegations of forced labor and human rights abuses in China’s western region of Xinjiang.. 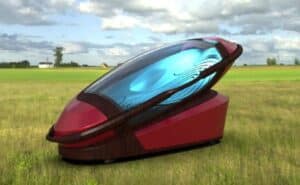 Assisted Suicide Pod Cleared for Use in Switzerland