After a suspension on Tuesday, CNN retained an outside law firm for a review, culminating in Chris Cuomo’s termination.

The network made the announcement on Saturday saying Chris Cuomo has been “terminated, effective immediately.”

The announcement comes following a review by an outside law firm retained to examine information about exactly how Cuomo aided his brother, former New York Gov. Andrew Cuomo, amidst accusations of sexual harassment earlier this year.

CNN shared the following statement: “Chris Cuomo was suspended earlier this week pending further evaluation of new information that came to light about his involvement with his brother’s defense. We retained a respected law firm to conduct the review, and have terminated him, effective immediately.”

“While in the process of that review, additional information has come to light,” CNN’s statement added. “Despite the termination, we will investigate as appropriate.”

While some details of Chris Cuomo’s involvement with the governor’s scandal and operations were shared several months ago, the specifics were detailed in a massive document dump on Monday. The documents showed that Chris Cuomo was effectively working as an unpaid aide to the governor while also an anchor at the major news network.

The incestuous and unethical nature of the relationship was conveyed through text messages obtained by the New York Attorney General’s office. Messages between Cuomo and several of the governor’s staff revealed that Chris Cuomo sought to use his connections in the press to help prepare Andrew Cuomo’s team as accusers went public with their stories.

CNN management showed support for Cuomo and “Cuomo Prime Time,” often the network’s highest-rated show, stayed on the air throughout the controversy.

The was some internal conflict at the network after the Attorney General’s office released the texts, sworn testimony and other materials from her investigation into former governor Andrew Cuomo.

CNN management said when the documents were released on Monday that “thousands of pages of additional transcripts and exhibits” would be reviewed “over the next several days.”

Tuesday evening, CNN indicated that the contents were serious enough to merit a suspension.

Cuomo initially declined to comment following the suspension. However, he said on his radio show on Wednesday that the suspension was “embarrassing” and that it “hurt”.

According to Saturday’s announcement by CNN, the process included an outside law firm, a fact that was not previously known.

This additional information appears to be pointing to a serious breach of CNN journalistic standards, enough to warrant the action of Cuomo’s immediate termination on Saturday. 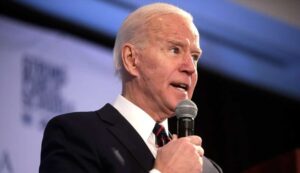