Speaking on the newly released November’s jobs report, President Biden attempted to argue that the report showed “our jobs recovery is going very strong,” despite the report showing far worse numbers than economists had predicted.

“This year, we can reflect on an extraordinary bit of progress. Our economy is markedly stronger than it was a year ago, and today, the incredible news that our unemployment rate has fallen to 4.2%,” Biden said. “At this point in the year, we’re looking at the sharpest one-year decline in unemployment ever.”

“Simply put, America is back to work and our jobs recovery is going very strong,” Biden added.

However, the growth in new jobs was less than half of what economists had predicted. As CNBC reported, “Nonfarm payrolls increased by just 210,000 for the month… Dow Jones estimate was for 573,000 new jobs.”

While the wages of Americans did increase in November, the increases in both monthly and annual wages fell below the projections from economists.

Further, it is not true that wages have increased when accounting for inflation, according to the most recent report from the Department of Labor. In fact, the real wages of Americans have decreased every month of Biden’s presidency except September and March. 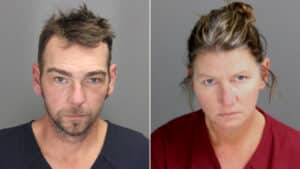