UPDATE: According to a statement from The New York Post, the offensive headlines that briefly accompanied a number of their articles was the result of actions taken by a rogue employee.

“The New York Post’s investigation indicates that the unauthorized conduct was committed by an employee, and we are taking appropriate action,” the outlet said in an Oct. 27 statement. “This morning, we immediately removed the vile and reprehensible content from our website and social media accounts.”

Throughout the course of the morning of Oct. 27, incendiary posts were sent out from the media company’s Twitter account. The individual or individuals behind the attack also gained access to the Post’s official website backend, changing official headlines to past news stories and reposting them.

This cyberattack comes the day after the Post published a story on a damaging report that alleges multiple crimes committed by President Joe Biden and his family.

“The 634-page report (plus 2,020 footnotes) lists six alleged crimes committed by Joe Biden – including tax evasion and violations of the Foreign Agents Registration Act (FARA) – alongside 459 crimes it alleges were committed by Hunter, including illegal foreign lobbying and money laundering,” the Post reported.

All of the content posted by those who hacked the Post’s accounts was aimed at helping Democrats and damaging Republicans.

A separate fake news story pretended to quote Republican Texas Governor Greg Abbott saying that he was ordering agents from the U.S. Customs and Border Protection to begin “slaughtering illegals.”

Today’s cyber intrusion marks the second election season in a row that the Post has suffered attacks of some sort.

In October 2020, the Post was suspended from Twitter after a bombshell report detailing the contents of a laptop owned by Hunter Biden. Material found on the laptop contained emails, documents, and photos that purportedly implicated Biden and Hunter in illegal transnational business dealings.

The Post’s reporting on Hunter’s laptop was “labeled ‘Russian misinformation’ (Politico), a ‘hoax’ (Steven Brill of ‘fact-check’ site NewsGuard), discredited by ‘many, many red flags’ (NPR) and a ‘hack and leak’ operation that had to be throttled (Facebook’s Mark Zuckerberg).”

Yet, in March of 2022, just months after Biden was sworn in as President, even left-leaning news organizations — including The New York Times and Washington Post — admitted that the Hunter Biden laptop story was real.

By mid-morning, the Post had deleted the offensive material and confirmed the hack with a message posted to its Twitter account, and said it is investigating the cause.

The New York Post has been hacked. We are currently investigating the cause. 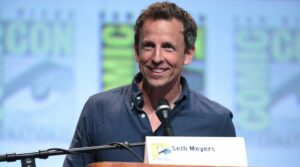 OPINION: The Downfall of the Kings of Clapter