Zeldin is the currently running for governor as a Republican

A man charged the stage and attempted to stab Republican gubernatorial candidate Lee Zeldin as he spoke about bail reform at a campaign event.

Zeldin is currently serving as a United States Congressman for the state of New York. He was speaking at the VFW on Macedon Center Road in Perinton when the incident took place.

Witnesses told RochesterFirst.com that the attacker “wrestled with [Zeldin] a bit, and pulled a blade out.”

Zeldin, apparently unharmed, returned to the stage to finish his speech.

Tonight a criminal jumped tried to stab my ticket-mate gubernatorial candidate, @leezeldin as he spoke about disastrous bail reform.

Violent crime is everywhere in our state, and we are going to continue to fight to restore safety in New York. https://t.co/IdRNqCc0jL

Lee Zeldin almost got assassinated and still finished his speech

In recent days, Zeldin has sparred with Governor Kathy Hochul, who is the Democratic Party’s nominee, over crime in the state, reproductive care, and Manhattan District Attorney Alvin Bragg.

In a digital ad, Zeldin said Hochul “refuses to admit that cashless bail is driving up crime and putting New York families in danger.”

“Kathy Hochul says that we should be cutting out Alvin Bragg some slack that he just got there and he’s doing his job,” Zeldin said. “I say to Kathy Hochul that she should fire Alvin Bragg today.”

Hochul, in turn, tweeted that Zeldin had “voted against keeping birth control legal in the United States” and vowed to protect reproductive care in New York if she is elected.

“Zeldin has sought to gain momentum in recent days by assailing Hochul on a range of issues, including rising crime, inflation, state business given to a campaign contributor, and her use of state aircraft at taxpayer expense,” reports The New York Post.

Hours before his attempted stabbing, Zeldin urged his supporter on Twitter to “FIRE Hochul & Save NY!”

Another day, another pay to play scandal implicating Kathy Hochul; as if it wasn’t enough to give one of her top donors a $600+ MILLION no-bid contract, now another top donor is getting a $1.2 BILLION tax break. Hochul is a Pez dispenser of corruption. FIRE Hochul & Save NY! 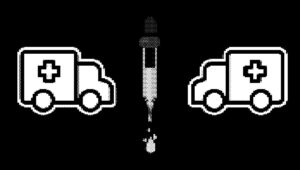