Those Vaccinated In The United States Have Nothing To Fear

Health officials in Rockland County, New York, announced the discovery of a polio-positive person, making it the first case of polio reported in the United States in almost a decade.

“I want to stress that this individual is no longer contagious,” said Ed Day, the Rockland County executive, during a press conference Thursday. Rockland County is located along the southernmost part of the state that is West of the Hudson River and belongs to New York City’s greater metropolitan area.

Over the course of the month, the infected individual progressively worsened until he began showing symptoms of paralysis, according to Schnabel Ruppert, the Rockland County health commissioner.

“We are now surveying the family and close contacts of this individual to assess the risk to the community,” she said. The current conditions of the only known patient were not discussed during the news conference.

Health officials are cautioning anyone who has not had all three vaccinations to complete them in order to ensure close to 100 percent protection. The man who tested positive for the virus was vaccinated, but officials say that it was done overseas using a method that the United States discontinued due to the possibility of infection.

The United States last recorded the presence of polio in 2013. The infected individual brought the disease back after traveling abroad. A case has not originated in the United States since 1979 according to the Centers for Disease Control and Prevention.

Americans are not the only westerners dealing with the threat of a polio outbreak. Last month, Timcast reported that the United Kingdom had detected the virus being shed in London’s sewage system.

This unvaccinated tendency among the Rockland community was tested in 2018 when a measles outbreak was declared so bad that unvaccinated children were prohibited from public places. At least 312 cases were confirmed before the outbreak was finally declared “over” the following year. 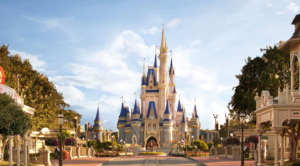