Senate Minority Leader Mitch McConnell announced on Thursday that he “cannot and will not” support President Joe Biden’s first nominee, Judge Ketanji Brown Jackson, for a lifetime appointment on the Supreme Court.

McConnell had previously voted in favor of Judge Jackson’s appointment to a federal court bench.

“After studying the nominee’s record and watching her performance this week, I cannot and will not support Judge Jackson for a lifetime appointment to the Supreme Court,” McConnell said on the Senate floor.

.@LeaderMcConnell: “I cannot and will not support Judge Jackson for a lifetime appointment to the Supreme Court.” pic.twitter.com/iWkSBAmJmT

Republican members of the Senate Judiciary Committee had hammered Jackson during the confirmation hearings for being “soft on crime,” in their view. Specifically, several senators focused on lenient sentences that were handed out in all ten cases involving child pornography that appeared before her.

“All I can say is that your view of how to deter child pornography is not my view,” Sen. Lindsey Graham said during one of the exchanges on the issue. “I think you’re doing it wrong. And every judge who does what you’re doing is making it easier for the children to be exploited.”

During another exchange on the same topic, Senator Josh Hawley brought up a case involving an 18-year-old who was found in possession of large amounts of child pornography. Judge Jackson sentenced him to only three months in prison and expressed sympathy for the defendant during the hearing.

Sen. Hawley pointed out that she told the convicted offender’s family that she is “sorry for the anguish this has caused” them and said that she believes “sex offenders are truly shunned in our society.”

“I’m just trying to figure out, Judge, is he the victim here, or are the victims the victims?” Hawley questioned.

Jackson also made waves after being questioned by Senator Marsha Blackburn about if she can explain what a “woman” is.

SEN. BLACKBURN: “Can you provide a definition of the word ‘woman’?”

JACKSON: “I’m not a biologist” pic.twitter.com/i7Rg83z5Y4

The nominee said that she could not define the word as she is “not a biologist.” 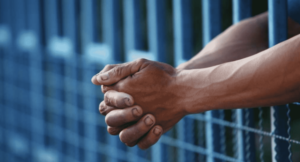