Fox News correspondent Benjamin Hall is “seriously injured” after an “incident” near Kiev, according to reports.

Hall, a British national, is in the emergency room being treated, former Ukrainian journalist Victor Kovalenko tweeted along with a photo of the reporter’s press credential.

A couple of hours ago, a foreign journalist (reportedly #British national) was wounded in war-torn #Ukraine and is currently in an ER. His accredit. ID from US Congress says he represents US media @FoxNews. Source: Ukr. gen. prosecutor Venediktova. https://t.co/aVxRQF0J1K pic.twitter.com/TEbKfIx85y

There is little known about the incident or Hall’s condition at this time.

Praying hard for @BenjaminHallFNC. He is fearless and has always gone the extra mile to bring important and dangerous stories to the world. pic.twitter.com/A1M3xW3zYE

‘America Reports’ co-host John Roberts announced his coworker’s injury on air on Monday and said that teams on the ground are working to gather more information.

BREAKING: Fox News reporter @BenjaminHallFNC is reportedly seriously injured and in the ER after incident near Kyiv.

Fox News host Bret Baier tweeted, “covering a war is dangerous business- please keep all of the crews on the ground – and the people there in your prayers – but today – especially Ben.”

🙏’s up for @BenjaminHallFNC wounded reporting on the war in Ukraine – covering a war is dangerous business- please keep all of the crews on the ground – and the people there in your prayers – but today – especially Ben @FoxNews https://t.co/cVzvkjsKdm

Hall has previously reported from Syria, Iraq, Afghanistan, and Gaza.

The news of Hall’s injury comes one day after award-winning American filmmaker and journalist Brent Renaud was killed in a suburb of Kiev while on assignment from Time Studios working on a “project focused on the global refugee crisis,” according to a statement from the company.

Timcast has reached out to a spokesperson for Fox News and will update this story as more information becomes available.

In a statement, Fox News CEO Suzanne Scott wrote, “we have a minimal level of details right now, but Ben is hospitalized and our teams on the ground are working to gather additional information as the situation quickly unfolds.”

“The safety of our entire team of journalists in Ukraine and the surrounding regions is our top priority and of the utmost importance,” Scott continued. “This is a stark reminder for all journalists who are putting their lives on the line every day to deliver the news from a war zone.”

“We will update everyone as we know more,” Scott added. “Please keep Ben and his family in your prayers.” 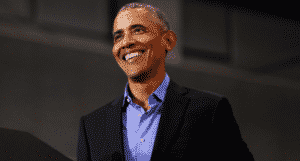