BREAKING: Explosive Detonated After Being Discovered in WV Courthouse

Police Searching Suspect's Home Where Third Device May Be Located

An explosive device was detonated after being discovered in a federal courthouse on Aug. 22.

A robot was used in the controlled demolition of the device around 11:40am.

The bomb threat forced the evacuation of all streets immediately around the courthouse, according to the Bluefield Daily Telegraph.

“We are in the middle of investigating this,” Bluefield Police Chief Dennis Dillow told a local newspaper.

Police have detained a suspect and shortly after the incident was over at the courthouse, the bomb squad was spotted preparing to enter the Westminster Presbyterian Church, located just one mile from the courthouse, where a second bomb was suspected.

Authorities also said there may be a third bomb in the suspect’s home, which is now being searched.

According to local police, the FBI is on the scene and the U.S. Department of Homeland Security Federal Protection Service is involved in the investigation.

This is a breaking news story and will be updated as more information becomes available. 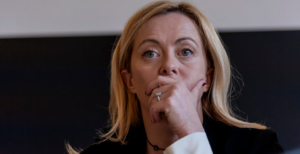