The gunman was identified as 18-year-old Salvador Ramos

An 18-year-old gunman killed 15 people at an elementary school in Texas.

The shooter entered Robb Elementary School just before midday armed with a handgun.

The man, who has been identified as Salvador Ramos, was killed by police responding to the scene. He is believed to have been acting alone.

The school is in Uvalde, a city about 85 miles from San Antonio with a population of roughly 16,000 people.

“The shooter was Salvador Ramos, an 18-year-old male who resided in Uvalde. It’s believed that he … entered into the Robb Elementary School in Uvalde with a handgun, and he may have also had a rifle, but that is not confirmed according to my most recent report. He shot and killed, horrifically, incomprehensibly, 14 students and killed a teacher. Mr. Ramos … is deceased and it’s believed that responding officers killed him.”

Multiple agencies, including the Bexar County Sheriff’s Office, the San Antonio Police Department, the Federal Bureau of Investigations and the Bureau of Alcohol, Tobacco, Firearms and Explosives, responded to the school.

“We are aware of this tragic incident,” FBI Special Agent Carmen Portillo said in a statement, per USA Today. “At this time, it’s too soon to determine the extent of our involvement.”

Robb Elementary is comprised of students in the 2nd, 3rd, and 4th grades. All neighboring school campuses went into lockdown following the gunfire.

In addition to 15 deceased victims, “a 65-year-old woman and a 10-year-old child are in critical condition at University Hospital,” per KENS-TV San Antonio.

“Texans across the state are grieving for the victims of this senseless crime and for the community of Uvalde,” Abbott said in a press release. “Cecilia and I mourn this horrific loss and we urge all Texans to come together to show our unwavering support to all who are suffering.”

“We thank the courageous first responders who worked to finally secure Robb Elementary School,” Abbott continued. “I have instructed the Texas Department of Public Safety and the Texas Rangers to work with local law enforcement to fully investigate this crime.”

Abbott added that the Texas Division of Emergency Management would be providing additional support to local offices as they continue to respond to the event.

This is a breaking news story that will be updated as soon as more information is available. 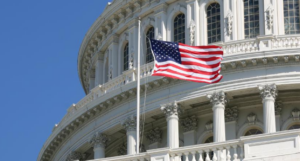