The U.S. Court of Appeals for the 4th Circuit ruled anyone who participated in an insurrection against the federal government can be disqualified from holding public office.

At the center of the case is a federal law from 1872 that gave amnesty to virtually every member of the Confederacy following the Civil War.

A three-judge panel in Richmond, Virginia, announced on May 24 that they would reverse a decision from a lower court ruling former Congressman Madison Cawthron was eligible to run for office despite a legal challenge that cited the Fourteenth Amendment.

Under the Fourteenth Amendment, an elected official that has taken the oath of office and endorses an insurrection cannot be reelected.

Cawthorn, who was elected to office at the age of 25 in 2020, recently lost his state’s primary to former state senator Chuck Edwards. He repeatedly denied being involved with the security breach at the capitol on Jan. 6, 2021, which is being investigated by a House subcommittee as an act of insurrection.

Despite the loss of urgency — as Cawthorn will not be reelected for a second consecutive term — the court ruled on the case.

“We hold only that the 1872 Amnesty Act does not categorically exempt all future rebels and insurrectionists from the political disabilities that otherwise would be created by Section 3 of the Fourteenth Amendment,” wrote Judge Toby Heytens on behalf of the appellate court panel.

Notably, the panel said it would not express an opinion on Cawthorn’s alleged engagement in insurrection.

Free Speech For People, a left-of-center voting advocacy group, has supported the lawsuit.

“We have reasonable suspicion based on publicly available evidence and public reports that Cawthorne [sic], who had already urged his supporters to threaten members of Congress, was involved in the planning of events on Jan. 6,” Ron Fein, the organization’s legal director, told the Washington Examiner in January.

Fein served as the lead attorney in a similar lawsuit filed against Representative Marjorie Taylor Greene in Georgia.

During the April trial, Fein questioned the representative about her use of Twitter and her involvement in the security breach at the Capitol.

Greene, who testified during the trial, denied being involved in any plots to overthrow the government.

The administrative judge ultimately ruled that Fein and the Georgia voters he represented failed to prove that Greene was unfit or had violated the law. Greene was permitted to remain on the ballot for the May 24 primary.

The five voters who filed the lawsuit are currently appealing the decision.

While the 4th Circuit Court’s decision will not impact Cawthorn, it could set a legal precedent that could impact future elections or the political participation of anyone charged in connection to the event at the Capitol on Jan. 6. 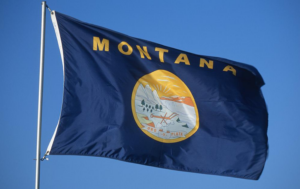