Chauvin was convicted of state murder and manslaughter charges for pinning his knee against George Floyd’s neck, resulting in Floyd’s death by asphyxiation on May 25, 2020. He was sentenced to 22 1/2 years in that case and has since been held in solitary confinement in state prison.

This year, Chauvin and three other former officers were indicted on federal charges alleging they willfully violated Floyd’s rights.

As part of today’s plea, Chauvin also pleaded guilty to violating the rights of a 14-year-old boy during an arrest in 2017. The arrest details stated that he held the boy by the throat, hit him in the head with a flashlight, and held his knee on the boy’s neck and upper back while he was prone, handcuffed and not resisting.

Chauvin’s guilty plea on Wednesday likely means he will be transferred to a federal facility. However, due to his notoriety, he may continue to be separated from the rest of the prison population.

According to the conditions of this plea deal, Chauvin will be disqualified to work in law enforcement again and will additionally pay restitution to the victims and their families. The restitution amount has not yet been determined. 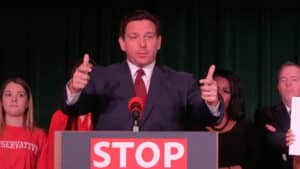