BREAKING: Biden Might Mandate Vaccines for All Federal Workers

President Biden likely surprised millions of federal employees across the country Tuesday when he said his administration is “considering” requiring a COVID vaccine for all government workers, warning Americans should be “worried and concerned” about the Delta variant.

“President Biden, will you require all federal employees to get vaccinated?” asked one reporter.

“That’s under consideration right now. But if you’re not vaccinated, you’re not nearly as smart as I thought you were,” fired-back Biden. “We have a pandemic because of the unvaccinated. They’re sowing enormous confusion. The more we learn about this virus, the more we have to be worried and concerned.”

“If those other hundred million people got vaccinated, we’d be in a very different world, so get vaccinated!” he concluded.

President Biden, in response to a question about a possible vaccine mandate for Federal employees: "That's under consideration right now, but if you're not vaccinated, you're not nearly as smart as I thought you were." pic.twitter.com/2JHeLxuEfd

“As the state’s largest employer, we are leading by example and requiring all state and health care workers to show proof of vaccination or be tested regularly, and we are encouraging local governments and businesses to do the same,” stated Newsom. “Vaccines are safe — they protect our family, those who truly can’t get vaccinated, our children and our economy. Vaccines are the way we end this pandemic.

“Despite California leading the nation in vaccinations, with more than 44 million doses administered and 75 percent of the eligible population having received at least one dose, the state is seeing increasing numbers of people who refused to get the vaccine being admitted to the ICU and dying,” his press release added.

“California has administered more vaccines than any other state, with 75 percent of those eligible having gotten at least one dose, and we were weeks ahead of meeting President Biden’s 70 percent goal. But we must do more to fight disinformation and encourage vaccine-hesitant communities and individuals,” California Health and Human Services Secretary Mark Ghaly said. 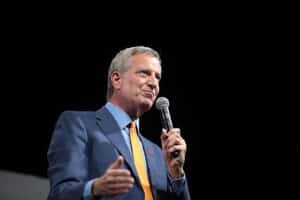