Alabama’s new law banning doctors from treating anyone under the age of 19 who identifies as transgender with hormones or medication to prevent puberty has been challenged in court.

“There are very real challenges facing our young people, especially with today’s societal pressures and modern culture. I believe very strongly that if the Good Lord made you a boy, you are a boy, and if he made you a girl, you are a girl,” Ivey said at the time of the signing. “We should especially protect our children from these radical, life-altering drugs and surgeries when they are at such a vulnerable stage in life. Instead, let us all focus on helping them to properly develop into the adults God intended them to be.”

Physicians who violate the policy can face up to 10 years in prison.

The Southern Poverty Law Center, GLBTQ Legal Advocates and Defenders, the National Center for Lesbian Rights and the Human Rights Campaign will all represent the plaintiffs in addition to King and Spalding LLP and Lightfoot, Franklin & White LLC.

Ladinsky and Abdul-Latif are both physicians at Children’s Hospital of Alabama and are both members of the University of Alabama at Birmingham Hospital.

According to the suit, the law “unlawfully denies necessary and appropriate medical treatment to transgender minors and imposes criminal penalties on parents and health care providers who obtain or provide such care.”

The suit also contends that Alabama’s law violates Section 1557 of the Affordable Care Act and the equal protection and due process clause of the United States Consitution.

The plaintiffs are seeking “declaratory and injunctive relief to enjoin the enforcement” of SB 184 and contend that enforcing the law will cause the unnamed 13- and 17-year-old irreparable physical and psychological harm.

“By signing SB 184 Governor Ivey has told kind, loving, and loyal Alabama families that they cannot stay here without denying their children the basic medical care they need,” Ladinsky said in a statement, per AP News. “She has undermined the health and well-being of Alabama children and put doctors like me in the horrifying position of choosing between ignoring the medical needs of our patients or risking being sent to prison.”

While other states have adopted measures to prevent the use of surgery or hormones in the cases of minors who identify as transgender, Alabama is the first state to introduce criminal penalties for doctors. 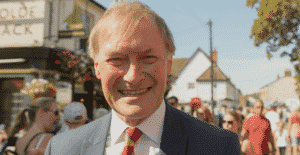