The network announced that Nguyen, who is Vietnamese American, was fired on Tuesday and condemned the posts as “racist.”

“Bravo has ceased filming with Jennie Nguyen and she will no longer be a cast member on ‘The Real Housewives of Salt Lake City,’” the network said in a statement posted to Instagram. “We recognize we failed to take appropriate action once her offensive social media posts were brought to our attention. Moving forward, we will work to improve our processes to ensure we make better informed and more thoughtful casting decisions.”

The offending posts allegedly included support for the police during the deadly riots over the death in police custody of George Floyd. 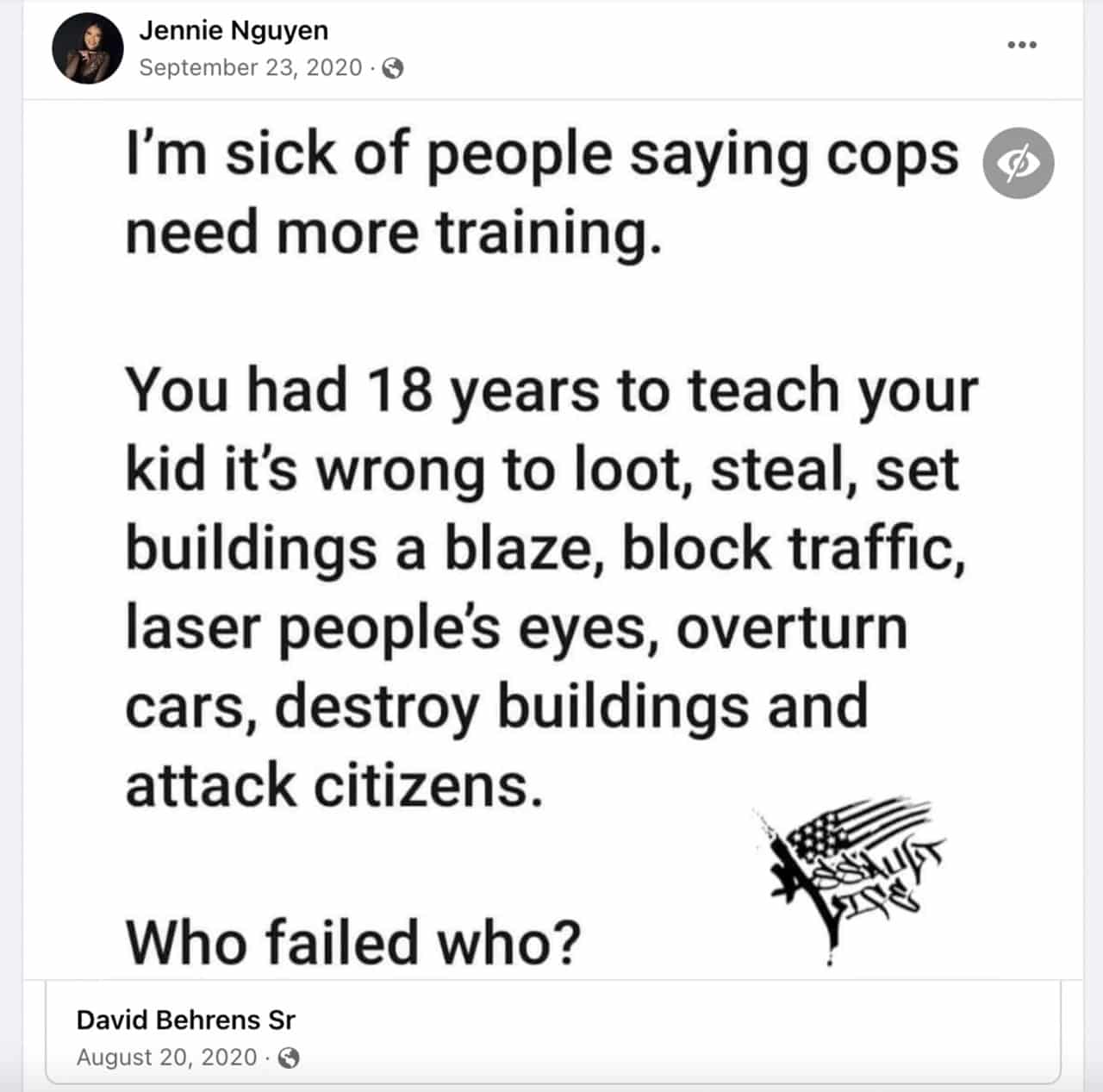 Another post said, “hundreds of blacks shot and many killed (including children) by other blacks every week. Over a thousand Officers violently injured, some permanently, by rioters. Anarchists rioting in major cities every night, which has caused billions of dollars of destruction to private and public property. And you still think Police Officers are the problem. You are an idiot.”

Page Six reports that the reality star also shared some memes, including one in which an elderly lady is speaking to a man about the bumper stickers on her car noting that the little figures aren’t how many children she has, but rather “how many rioters I’ve hit!” 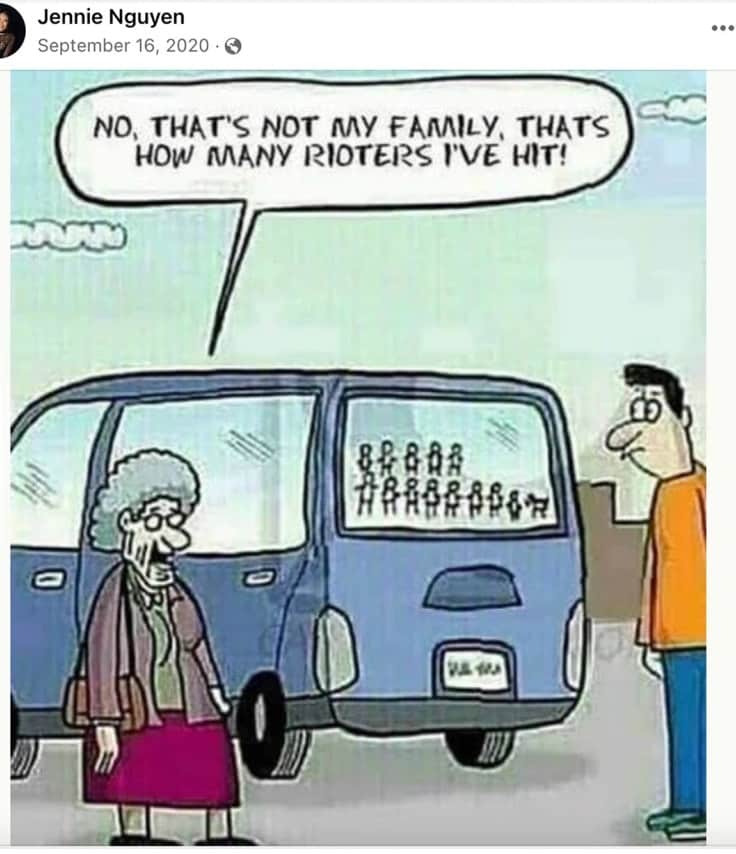 Another meme she shared said “if you follow the officers order, you won’t get shot.” 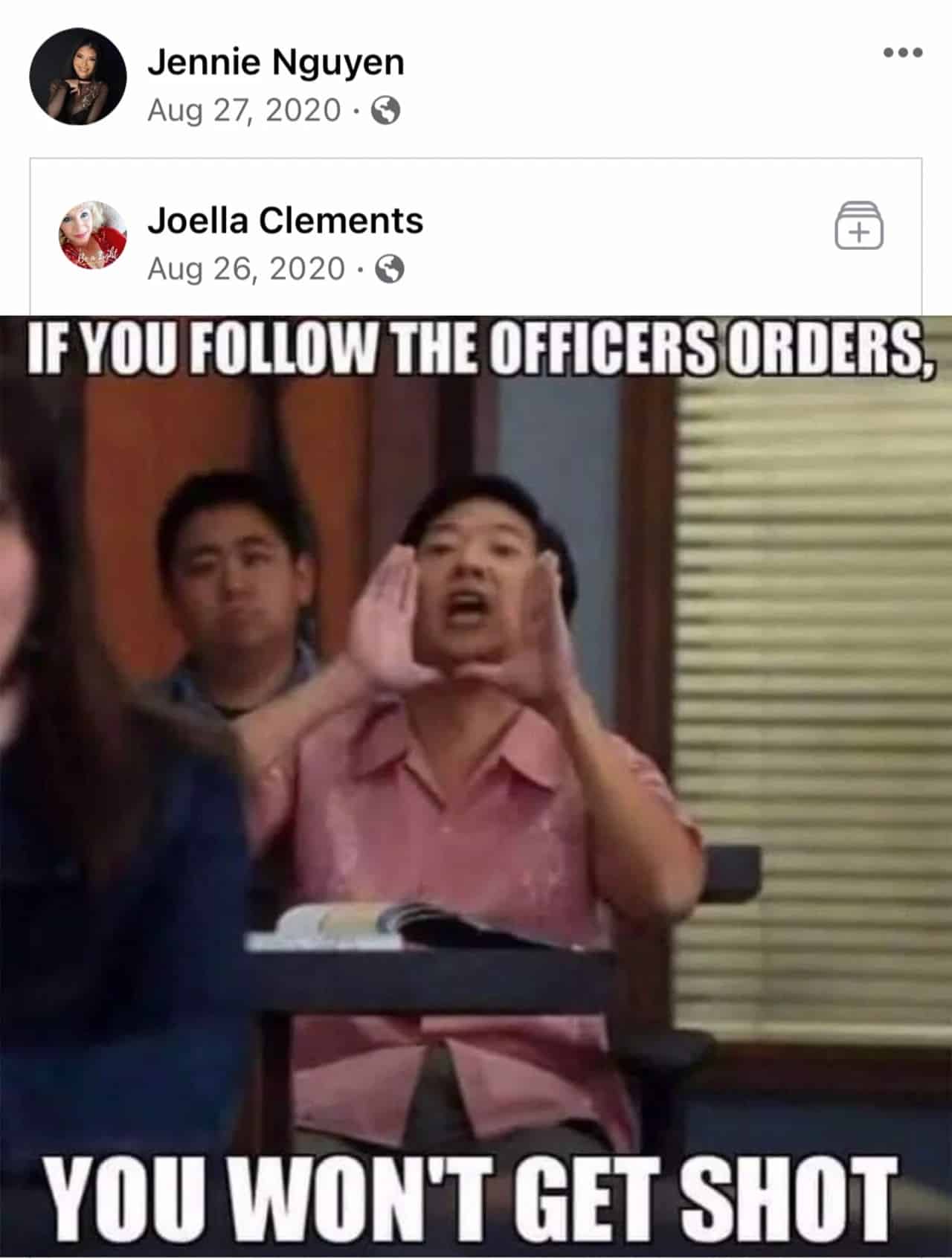 The Page Six report notes that “Nguyen’s alleged resurfaced posts follow her previously calling out her co-star Mary M. Cosby for being racist. During a recent episode, Cosby told Nguyen that she has ‘nice slanted eyes.’ She went on to confront Cosby, and while many of the ladies had her back, Cosby didn’t step down and their feud has since escalated.”

Cosby has since said that she will never apologize.

Nguyen, however, was quick to apologize for her BLM criticism.

“I want to acknowledge and apologize for my deleted Facebook posts from 2020 that resurfaced today. At the time, I thought I was speaking out against violence, but I have since learned how offensive and hurtful my words were,” she wrote on Instagram. “It’s why I deactivated that account more than a year ago and why I continue to try to learn about perspectives different from my own. I regret those posts and am sincerely sorry for the pain they caused.”

The network has let several of their biggest stars go in recent years over accusations leveled on social media about “racism,” including Vanderpump Rules stars Stassi Schroeder and Jax Taylor. Many fans have been outspoken about the decline in entertainment value without their large and messy personalities. 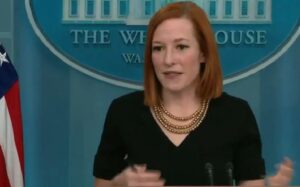