According to a court filing Wednesday, convicted Boston Marathon bomber Dzhokhar Tsarnaev has been ordered to return a $1,400 COVID relief payment he received last summer along with other money sent to him.

The filing said that the money should instead be used as restitution to his victims.

Tsarnaev has $3,885.06 in his inmate trust account. The money was received from the government COVID stimulus check, funds from the Office of Federal Defenders of New York, and donations from private citizens.

According to details in the filing, he spent several thousand on his siblings for gifts, support, and books. However, he has failed to pay more than a small portion of the $101 million owed to the victims. He has also failed to pay the $3,000 special assessment as part of his sentencing.

His death sentence was overturned in 2020 after a federal court ruled that the initial trial judge excluded some evidence. There is currently an appeal to reinstate his death sentence before the U.S. Supreme Court.

Tsarnaev can use the money he receives for clothes, books, and other items in prison. However, the remainder should go toward victim payments, prosecutors said in the filling.

“By Congressional mandate, the United States has a statutory duty to collect restitution owed to crime victims,” prosecutors said.

The filing also cited a lien placed on Tsarnaev’s property, including his trust account, after his conviction.

“The United States submits that the requested relief is reasonable and appropriate in this instance, especially in light of the Defendant prioritizing payments to his siblings over the victims of his crimes,” the filing reads.

There was no explanation for how Tsarnaev received a COVID relief payment.

Tsarnaev and his brother, Tamerlan Tsarnaev, planted bombs near the marathon’s finish line, resulting in deaths and injuries when the bombs exploded. Tsarnaev’s brother was killed in a shootout with police during a prolonged chase, leading to their capture. 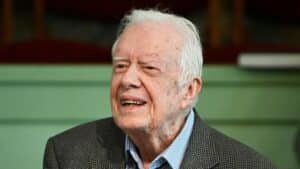