The country approved the 'Bitcoin Law' in June

After reaching over $52,000, the cryptocurrency dropped dramatically before settling about 10% down at $46,828.

Leah Wald, CEO at Valkryie Investments, told CNBC she wasn’t surprised by the changes which took place on the day El Salvador is set to adopt bitcoin as legal tender. The legislative body of the Central American nation approved the change in June.

“When this move was first announced, it didn’t have nearly as big of an impact on price as some may have expected it might, possibly because El Salvador’s population is less than New York City’s, but also because the announcement was light on details and people were on the fence about how this was going to be implemented,” she said.

She added: “Transaction fees, processing times, and other hurdles also make this feel more like a beta test rather than a solution to many of the problems plaguing the country’s poor.”

El Salvador bought 400 bitcoins, worth an estimated $20 million, and will give citizens who register $30 in government-run bitcoin wallets. The government will require businesses to accept bitcoin for goods and services and has installed 200 bitcoin ATMs across the country.

Businesses that are technologically unable to accept cryptocurrency will be exempt from the mandate. Much of the country’s population lives in poverty, without cellphones or internet access. This makes cryptocurrency networks inaccessible.

Just walked into a McDonald's in San Salvador to see if I could pay for my breakfast with bitcoin, tbh fully expecting to be told no.

But low and behold, they printed a ticket with QR that took me to a webpage with Lightning invoice, and now I'm enjoying my desayuno traditional! pic.twitter.com/NYCkMNbv7U

President Nayib Bukele has long been an advocate for the nation’s use of cryptocurrency. He believes that “using bitcoin will help Salvadorans save $400 million a year on commissions for remittances, while giving access to financial services to those with no bank account,” per Reuters.

The change has by no means been smooth. The Chivo digital wallet, which the government had promoted, was unavailable on popular app stores earlier on Tuesday.

Bukele tweeted “Release him!” and tagged Apple, Google, and Huawei.

“The first country to adopt Bitcoin as a national legal tender, El Salvador is just one among several political entities that have made recent moves toward wider legal cryptocurrency adoption. Cities and municipalities in Canada, Switzerland, China, and the US have also embraced digital cash through a range of limited legal payment options and pilot projects,” reports CNET.

Alongside bitcoin, the U.S. dollar, which has been El Salvador’s official currency since 2001, will remain legal tender. 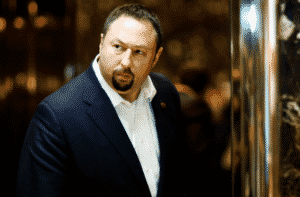