Miller is the CEO of GETTR, a social media site created for conservative users

Jason Miller, a former senior advisor to President Trump, was detained in Brazil and questioned by police.

Early reports indicated Miller was detained between 7 A.M. and 8 A.M on Tuesday at the Brasília International Airport before he was able to board a private flight back to the United States.

Metropoles reports that “Miller was detained to testify to the PF under investigation 4874, which investigates the organization of anti-democratic acts in Brazil … The order came from Minister Alexandre de Moraes.”

De Moraes opened an investigation in August after President Jair Bolsonaro said Brazil’s federal elections in 2022 are likely to be impeded by fraud.

Miller currently serves as the chief executive office of GETTR, a social media platform that launched in June.

“GETTR has been pitched as a competitor to Twitter, which has been criticized for broad censorship and blocking access to legitimate news stories,” per The New York Post.

GETTR currently has 2 million users. While the majority are in the United States, an estimated 13.5% of users are from Brazil.

Miller was in the country to attend Brazil’s Conservative Political Action Conference (CPAC). He released a statement through GETTR on Twitter saying he was “not accused of any wrongdoing.”

“Our goal of sharing free speech around the world continues!” he concluded.

Before leaving, Miller told the Daily Mail that he would meet with prominent politicians to promote his platform, including President Bolsonaro.

“The fact that we currently have over a quarter of a million Brazilians signed up is not insignificant,” Miller said. “We think this is a massive growth market for us, especially with elections in 2022. With all that energy and activity we think it’s a perfect place for us to step into and grow even more.” 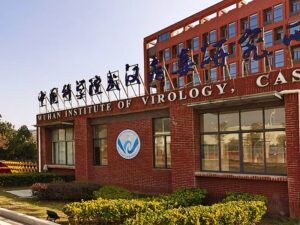 Over 900 Pages of Coronavirus Research Info at Chinese Lab Released