Former President Wants to Take Action, Saying 'The world’s on fire in a lot of different ways'

Former President Bill Clinton has reconvened the Clinton Global Initiative (CGI) for the first time since 2016.

The 2022 meeting, which is taking place in New York City on September 19 and 20, will have more than 1,000 attendees to discuss topics including climate, health, and economic issues.

This year’s meeting generated so much interest that more than 1,000 people had to be turned away.

I hope you’ll join us live as we kick off #CGI2022 & address some of the world’s greatest challenges with purpose and possibility: https://t.co/91Qnl3l9Wv

“The world’s on fire in a lot of different ways,” Clinton told The Associated Press (AP). “But there are a lot of things that businesses, non-governmental groups and governments working together can do to help with a lot of these problems.”

Since its inception in 2005, the CGI has received more than $2 billion in donations, which has been used to fund nearly 4,000 projects in more than 180 countries.

“I think there is a longing for people to get together and meet with an end in mind,” Clinton said. “Not just talk about it, but knowing that when they walk away, they will have committed to doing something.”

“Health is interconnected to anything and everything that anyone may care about,” she said. “There are a lot of people who now are mobilized to do something with what they have come to newly understand and which they now feel responsible for helping to solve.”

The 2022 CGI session is being used as a platform for companies and affiliated organizations to announce new programs, such as venture capital firm OurCrowd and The WHO Foundation launching a $200 million Global Health Equity Fund (GHEF).

“COVID-19 was a wake-up call for me as an investor. The pandemic opened my eyes to health inequity around the world and reinforced the potential of innovative technology to save lives,” said Jon Medved, founder and CEO of OurCrowd.

“I am proud of our track record of identifying healthcare investments that have delivered value to patients and investors,” he added. “This new fund builds on that success with the explicit orientation of having impact. The collaboration with the WHO Foundation will allow us to identify even more exciting investments and facilitate the commitment of investors and entrepreneurs to equitable access to the technologies we support.” 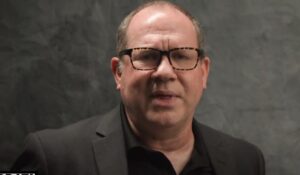