President Biden’s Build Back Better plan is expected to result in a net decrease in taxes for the super wealthy as it repeals a cap on the amount of state and local taxes (SALT cap) that homeowners can deduct, a limit that was put in place by former President Trump’s Tax Cuts and Jobs Act of 2017.

According to the Committee for a Responsible Federal Budget (CRFB), the repeal of the SALT cap is a “regressive” tax cut, with an estimated loss of $90 billion a year in government revenue.

Putting the $90 billion per year loss in government revenue in perspective, the CRFB notes that for the $180 billion cost of a two-year SALT cap repeal, “policymakers could enact the President’s proposals to provide universal pre-K, expand the Earned Income Tax Credit (EITC) or the Child and Dependent Care Tax Credit (CDCTC), or provide free community college.”

With the benefits skewed toward the super wealthy, the CRFB explains, “repealing the SALT cap is far more regressive than the 2017 Tax Cuts and Jobs Act (TCJA). Over two years, SALT cap repeal would distribute over $300,000 to a household in the top 0.1 percent of earners compared to only $40 for a family in the middle of the income spectrum.”

In fact, Trump’s TCJA actually led to an increase in the share of taxes paid by the top 1% of earners, according to an analysis of Congressional Budget Office data by the Tax Foundation. The Tax Foundation explains that the TCJA reduced the average federal tax rate from 20.8 percent to 19.3 percent for all earners. For the bottom 20 percent of earners, their average federal tax rate fell from 1.2 percent to nearly zero percent. For the top 1 percent of earners, there was a 1.5 percentage point decline, from 31.7 percent in 2017 to 30.2 percent in 2018. 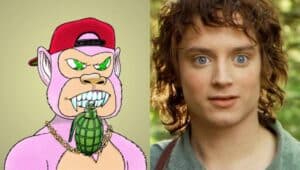