A new poll indicates the American public is dissatisfied with Joe Biden’s performance as Commander-in-Chief.

After two decades of combat, Americans by more than 2-1 say the war in Afghanistan, launched in the wake of the 9/11 attacks, wasn’t worth it. In a new USA TODAY/Suffolk University Poll, 3 of 4 predict the Taliban-led country will once again become a haven for terrorists targeting the United States.

For President Joe Biden, the cost of the war’s chaotic end has been steep. His overall job approval rating now stands at 41% who approve versus 55% who disapprove – a big drop in the closely watched barometer of political health. Until last week, national polls generally showed his approval rating above 50%.

Now, while he has held the backing of 87% of Democrats, only 32% of independents say he’s doing a good job.

Despite the drop in support, the administration continues to deflect criticism of their Afghanistan policy, with Press Secretary Jen Psaki claiming it’s “irresponsible” to say U.S. citizens are “stranded” in the chaotic country.

“I think it’s irresponsible to say that Americans are stranded. They are not. We are committed to bringing Americans who want to come home, home,” said the Press Secretary.

.@PressSec: "I think its irresponsible to say that Americans are stranded. They are not. We are committed to bringing Americans who want to come home, home." pic.twitter.com/lFIbQ56OBT 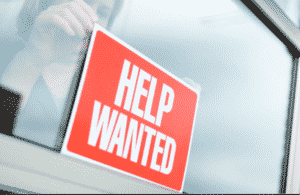 States with the Worst Unemployment Rate Have Democrat Leaders