New details are emerging from the final phone call between U.S. President Joe Biden and Afghan President Ashraf Ghani, with reports claiming Biden urged the foreign leader to change perceptions that the Taliban was winning the war.

“The men spoke for roughly 14 minutes on July 23. On August 15, Ghani fled the presidential palace, and the Taliban entered Kabul. Since then, tens of thousands of desperate Afghans have fled and 13 U.S. troops and scores of Afghan civilians were killed in a suicide bombing at the Kabul airport during the frenetic U.S. military evacuation,” reports Reuters.

“I need not tell you the perception around the world and in parts of Afghanistan, I believe, is that things are not going well in terms of the fight against the Taliban,” Biden said, according to transcripts. “And there is a need — whether it is true or not — there is a need to project a different picture.”

“We will continue to provide close air support, if we know what the plan is,” Biden told Ghani. “You clearly have the best military. You have 300,000 well-armed forces versus 70 to 80,000 and they’re clearly capable of fighting well.”

Taliban forces stand guard at the Kabul airport a day after the U.S. withdrawal https://t.co/iemylNlXjO pic.twitter.com/brFo05NA9b

Exclusive: In the last call between President Joe Biden and his Afghanistan counterpart before the Taliban seized control, neither Biden nor Ashraf Ghani appeared aware of or prepared for the immediate danger of the entire country falling to insurgents https://t.co/1zRJ7XIrOA pic.twitter.com/kLyVrr7UJ0 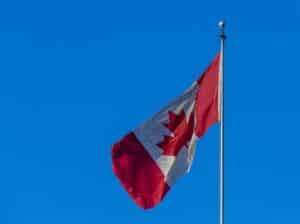