Biden Travels to Cleveland to Announce $97B Pension Fund Bailout

President Biden will travel to Cleveland, Ohio, on July 6 to announce final details of a program tied to the $1.9 trillion American Rescue Plan (ARP) Act of 2021, which will provide a financial bailout to multi-company pensions.

Touted as a rule that enhances retirement security, the ‘‘Special Financial Assistance Program for Financially Troubled Multiemployer Plans’’ (SFA) provides an estimated $97 billion to more than 250 eligible plans that are insolvent.

Multiemployer pension plans are created through agreements between employers and a union, usually with plans involving employers in a single industry or related industries. The plans are ensured by a federal agency, the Pension Benefit Guaranty Corporation.

The ARP’s Interim Final Rule adds to the regulations of the PBGC and provides special financial assistance to certain companies in multiemployer pension plans that are either insolvent or are approaching insolvency to be able to pay guaranteed benefits.

Roughly two million workers and retirees would face up to a 70 percent reduction in benefits without the program.

“The pension fix is one of the biggest victories for working people since I’ve been in the Senate – and really for the past 50 years,” said U.S. Senator Sherrod Brown (D-OH).

Pension plans first faced problems when retirements surged and the number of workers contributing to the pension funds decreased. Additionally, some companies paying into the plans went bankrupt, which increased the financial burden of surviving companies. The response to the coronavirus pandemic exacerbated the financial crisis with multi-company pensions, as more companies who suffered financial losses simply stopped contributing.

Biden — grappling with 40-year-high inflation and record-high gas prices — will use the backdrop of a union training center in Cleveland to try and elevate his standing with blue-collar voters, telling workers the idea that his policies will fix their pension funds, according to ABC News.

“The thing of it is, we had a lot of politicians over the years saying, hey, we’ll try to help you, we’ll do everything we can, and nobody’s ever done anything for us until Joe Biden come along,” said Bill DeVito, a 73-year-old iron worker whose pension was cut 40 percent in 2017.

Democrats are hoping to sway voters and pick up the seat of Republican Rob Portman, who is leaving the U.S. Senate after two terms.

Without the taxpayer-funded bailout, roughly 200 pension funds faced the prospect of insolvency, meaning retirees could struggle to pay for food and housing. The program restores full benefits to 80,000 workers who have already seen benefit cuts, and extends solvency of the PBGC multiemployer insurance program from 2026 to 2055.

The SFA is not subject to repayment requirements and PBGC is required to disburse the bailout money in the form of a single, lump sum payment. 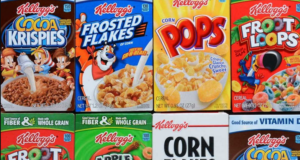