Cereal-maker Kellogg’s lost its challenge to new regulations in the United Kingdom restricting the sale of sugary cereals in grocery stores.

The regulations were implemented by the Department of Health and Social Care and are set to come into effect in October. Under the rules, products that are considered to be high in fat, sugar, or salt cannot be placed on shelves or displays near checkout counters at the end of aisles.

Unhealthy products can also not be included in multibuy sales promotions, such as a “buy one, get one free” sale.

“There will also be restrictions on how they’re displayed in online supermarket search results,” per The Press Herald.

A High Court judge rejected Kellogg’s claims that the regulations are unfair and do not weigh the nutritional value of the cereal once milk is added.

“The suggestion Frosties should not be regarded as a less healthy product because of the nutritional value of the milk is surprising,” Linden wrote in his decision.

The judges also estimated that almost 55% of the company’s cereals would be considered less healthy under the impending regulations.

The restriction on sugary cereals was developed in an effort to combat childhood obesity.

“Welcoming the ruling, the government said it was ‘committed to tackling obesity, which is the second biggest cause of cancer in the UK’ and costs the state-funded National Health Service ‘billions of pounds a year,’” per NDTV.

Kellogg’s is an American company that produces a number of popular cereals including Frosted Flakes, Coco Pops, and All-Bran. The company’s UK division has estimated an annual loss of £5 million – or just over $6 million – in profits, per The Express.

A representative for Kellogg’s said the company was “disappointed with this judgment” but respects the court’s decision and does “not intend to appeal.”

“We still believe that it is important that cereals are measured in a way which reflects how most people eat them — with milk,” said Chris Silcock, Kellogg’s managing director, in a statement to The Mirror. “We also remain concerned at the way the Government introduced these regulations — which, in our view, was without proper Parliamentary scrutiny.”

“By restricting the placement of items in supermarkets, people face less choice and potentially higher prices,” Silcock added. “That’s why, in the midst of a cost-of-living crisis, we would strongly urge the Government to rethink these regulations and put the consumer first.” 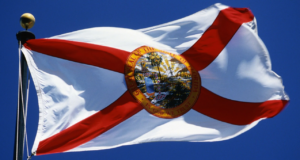