Biden Scolds Reporter for Asking About a Recession, 'Now You Sound Like a Republican Politician'

President Joe Biden scolded a reporter for asking him about economists predicting a recession on the horizon during a trip to the beach on June 20.

Biden “joked” that the reporter sounded like a Republican politician.

“Economists are saying that a recession is more likely than ever,” the reporter asked Biden on a beach in Delaware.

On June 15, former President Barack Obama’s economic adviser, and former Treasury Secretary, Larry Summers warned that a recession is “more likely than not,” at this point.

Biden responded to the reporter by saying it is “not the majority” opinion of economists, adding “come on, don’t make things up.”

“Now you sound like a Republican politician, I’m joking, that was a joke, that was a joke,” Biden continued. “But all kidding aside, no I don’t think it is. I was talking to Larry Summers this morning, there’s nothing inevitable about a recession.”

WATCH: Biden lashed out at reporter on beach for asking if recession is inevitable. “Not — the majority of them aren’t saying that. Come on, don’t make things up, okay?” said Biden.

Appearing on NBC on Sunday, June 19, Summers once again warned about a recession.

Summers said that previous situations with high inflation and unemployment, like the one we are currently in, have led to recessions within a “year or two.”

“Look, nothing is certain and all economic forecasts have uncertainty. My best guess is that a recession is ahead,” Summers said while appearing on NBC’s “Meet The Press.” “I base that on the fact that we haven’t had a situation like the present with inflation above 4 percent and unemployment beyond 4 percent without a recession following within a year or two.”

Summers added that it’s likely “that in order to do what’s necessary to stop inflation. the Fed is going to raise interest rates enough that the economy will slip into recession.”

“And I think that view, which was not a common view a couple months ago, is now the view of a number of statistical models and the view of a range of forecasters and I think will increasingly become a consensus view,” Summers continued.

Summers’  analysis was in sharp contrast to that of current Treasury Secretary Janet Yellen.

“I expect the economy to slow,” Yellen said during an appearance on ABC’s “This Week” on Sunday. “It’s been growing at a very rapid rate. … The labor market has recovered, and we have reached full employment.”

“It’s natural now that we expect a transition to steady and stable growth,” Yellen continued. “That’s going to take skill and work, but I believe it’s possible. I don’t think recession is inevitable.” 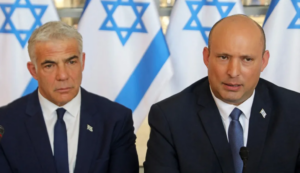