Biden Says He Cannot Use Executive Action on Abortion

“The Supreme Court of the United States expressly took away a constitutional right from the American people that had already recognized they didn’t limit it. They simply took it away,” he said. “That’s never been done to a right so important to so many Americans, but they did it.”

The 6-3 decision was handed down a month and a half after a draft opinion of the decision was leaked to the public. The unprecedented publication of the draft opinion was the basis for threats against Supreme Court justices and fueled speculation about whether any of the justices would change their stances prior to the final decision.

“This is a sad day for the country in my view, but it doesn’t mean the fight’s over,” Biden said.

Almost immediately after the ruling, demonstrators descended upon the Supreme Court in protest and pro-abortion groups protested at the home of Justice Clarence Thomas.

Over the past few weeks, under pressure from Democrats, Biden has been exploring ways to circumvent a Court ruling that overturned Roe v. Wade. Though White House officials were considering executive action as a response, in his speech he distanced his administration from that option.

“Let me be very clear and unambiguous. The only way we can secure a woman’s right to choose and the balance that existed, is for Congress to restore the protections of Roe v. Wade as federal law. No executive action from the president can do that,” he remarked. “And if Congress, as it appears, lacks the votes to do that now, voters need to make their voices heard.”

Biden called on voters to elect more senators and representative who will codify abortion as a federal statute.

In a statement released after the decision, U.S. Attorney Merrick Garland said the Department of Justice will “work tirelessly to protect and advance reproductive freedom” and that “we stand ready to work with other arms of the federal government that seek to use their lawful authorities to protect and preserve access to reproductive care.” 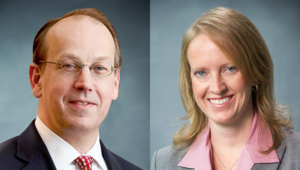