On Thursday, President Biden falsely claimed that he visited the Tree of Life synagogue after the deadly terrorist attack that killed 11 people in 2018.

“I remember spending time at the … Tree of Life synagogue, speaking with the – just, uh, just it’s amazing these things are happening – happening in America,” Biden said during a discussion with Jewish leaders ahead of the Jewish holidays Rosh Hashanah and Yom Kippur.

However, Barb Feige, the executive director of the Tree of Life, told the New York Post that Biden did not visit the synagogue in the almost three years since the attack.

“In a phone interview, Feige … said firmly that ‘no’ Biden didn’t visit, even before taking office when he had a lower public profile as a former vice president and then-Democratic presidential candidate,” the New York Post reported.

It should be noted that former President Trump, who Biden has likened to a Nazi propagandist, did visit the Tree of Life synagogue after the attack occurred. Trump was joined with Jewish members of his administration, including his daughter Ivanka Trump and his son-in-law Jared Kushner.

Here’s Joe Biden talking about visiting Tree of Life synagogue after the massacre there. The executive director of the synagogue says Biden is lying — he never visited. Totally normal. pic.twitter.com/GcFjU2u50i 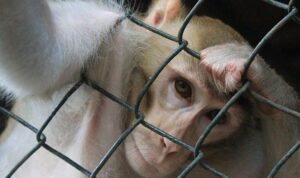 Pharmaceutical Company Says It Will Vaccinate Pets If Needed