Past documents related to the assassination have been redacted or withheld

The Biden administration is up against a Wednesday deadline to release previously secret documents that some historians and conspiracy theorists believe will shed light on the assassination of President John F. Kennedy on November 22, 1963.

The release may add further frustration to the debate between the federal government and JFK investigators. Investigators have consistently argued that the CIA, the FBI and other federal agencies have long-delayed a congressionally mandated release of the documents.

Troves of records related to the JFK assassination have been amassed by a review board established by Congress in 1992. Those documents remain either partially redacted or withheld entirely.

The number of documents due to be released on Wednesday is likely limited.

Longtime JFK investigators believe the release will be lacking a “smoking gun” that would change the public interpretation of the circumstances surrounding Kennedy’s death. Some historians say there is no such evidence to change the view of these historical events.

“The most plausible explanation of the CIA’s six-decade long history of deception, deceit and delay about assassination-related records is the desire to hide embarrassment or malfeasance,” Jefferson Morley, the editor of the JFK Facts blog, recently told the Miami Herald. “If nothing else, Biden’s order on the JFK files indicates that the CIA has a JFK problem: the clandestine service today cannot afford full disclosure about what happened in Dallas a long time ago.”

Others have suggested that most Americans do not believe the Warren Commission’s official determination that Kennedy was assassinated by a single man, Lee Harvey Oswald.

“Because it has taken [the government] so long to get these records out, no matter what comes out, no one is going to believe that that’s it,” said one official familiar with the classification concerns related to the documents.

President Biden recently delayed the release to “protect against identifiable harm to the military defense, intelligence operations, law enforcement, or the conduct of foreign relations that is of such gravity that it outweighs the public interest in the immediate disclosure.” 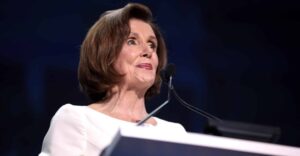