If re-elected, the California politican would serve her 18th term

If re-elected next year, it would be Pelosi’s 18th term in Congress.

“Pelosi declined an interview through a spokesperson, but a person familiar with her thinking dismissed any speculation she may bow out before the midterms,” reported CNN, which first covered the alleged decision. “Pelosi insiders also shot down the idea that she’s making some legacy-saving play to avoid handing over the gavel to Republicans again after losing the majority in 2010.”

The veteran politician from San Francisco will be 82 years old at the time of the election. Her office calculates that she has raised $1 billion for Democrats in her time as leader.

Pelosi has struggled to secure her re-election to the house speaker position. In 2018, seven Democrat votes separated her from the role. She was ultimately able to convert them by promising to not seek the position again after 2022.

“This proposal, which was developed by Members who care about the institution of the House of Representatives, would provide that Members in senior leadership positions can serve 3 terms with an additional term with two-thirds support of the Caucus,” Pelosi said in a statement. “It would include the two terms of the Democratic Majority from 2007 to 2011.”

“I am comfortable with the proposal and it is my intention to abide by it whether it passes or not,” she said.

Later, Pelosi seemed to walk back her commitment to the deal.

Politico reported that when she was asked about her plans to step down, Pelosi said, “When that conversation took place, there was a move to put limits on the leadership and the chairs of committees. … What I said then is whether it passes or not, I will abide by those limits that are there.”

Pelosi has been Congress’s top Democrat for nearly two decades. Though she has not had a strong challenger for the leadership role, she has increasingly clashed with members of her party. Notably, the growing tension between Pelosi and “The Squad” — progressive party members including Representative Ilhan Omar and Representative Rashida Tlaib — has plagued the House Speaker’s current term.

The Washington Examiner noted that her departure could pose a challenge to the Democrats. Because of the length and consistency of her tenure, there may be no “clear successor if and when she chooses to retire … fueling speculation about who could fill her shoes.” 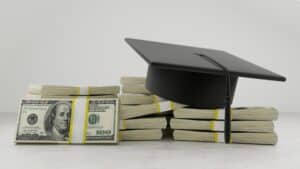