Speaking from the White House on Feb. 3, Biden thanked the service members involved for their bravery.

“Our forces carried out the operation with their signature preparation and precision and I directed the Department of Defense to take every precaution possible to minimize civilian casualties,” Biden said.

“We do know that as our troops approached to capture the terrorist, in a final act of desperate cowardice – with no regard to the lives of his own family or others in the building – he chose to blow himself up, not just with the vest, but to blow up that third floor rather than face justice for the crimes he has committed, taking several members of his family with him,” the president added.

Last night’s operation is a testament to America’s reach and capability to take out terrorist threats — no matter where they try to hide in the world.

I am determined to protect the American people from terrorist threats, and I will take decisive action to protect this country.

The raid began shortly after midnight on Feb. 3.

According to Newsweek, witnesses have said the American special forces “landed in helicopters and assaulted a house in a rebel-held corner of northwest Syria, clashing for two hours with gunmen.”

Helicopter gunships, armed Reaper drones and attack jets were used to support on the ground efforts. Residents of the village, Atmeh, told the Associated Press U.S. forces used loudspeakers to ask women and children to leave the area.

The location is near the Turkish border and is reportedly home to several top Al Qaeda operatives in addition to other militant groups.

Civil defense group The White Helmets said on Twitter that 13 people had died, including four women and six children.

Kirby said that Al-Qurayshi was wearing a suicide vest which detonated during the raid and caused some civilian casualties.

According to Biden, Al-Qurayshi took control of ISIS in 2019. He was also known as Amir Muhammad Sa’id Abdal-Rahman al-Mawla.

“He oversaw the spread of ISIS-affiliated terrorist groups around the world after savaging communities and murdering innocents,” said Biden. He said the terror group not only targets Americans and their allies and partner but also civilians in the Middle East, Africa, and South Asia. 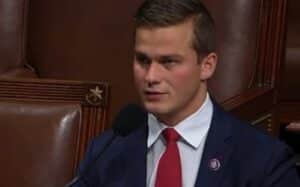