The Biden administration will be relying on informants to report businesses that violate the vaccine mandate because the Occupational Safety and Health Administration does not have enough inspectors to handle the policing.

The mandate requiring all private businesses and companies with at least 100 employees to impose mandatory COVID-19 vaccines or testing goes into effect on January 4.

According to a report from the Daily Mail, “acting OSHA Chief Jim Frederick told reporters the agency will focus on job sites ‘where workers need assistance to have a safe and healthy workplace.'”

“That typically comes through in the form of a complaint,” Frederick explained.

The report explains that “since OSHA, a Labor Department agency, does not have the massive workforce needed to enforce the rule, the government will rely on employee informers who are concerned enough to turn in their own employers should co-workers go unvaccinated or fail to produce a negative test.”

Former OSHA Chief of Staff Debbie Berkowitz also said that “there is no army of OSHA inspectors that is going to be knocking on employers’ doors or even calling them.”

“They’re going to rely on workers and their union representatives to file complaints where the company is totally flouting the law,” Berkowitz continued.

OSHA has just 1,850 inspectors that would be responsible for overseeing 130 million workers at 8 million different job sites.

The mandate will apply to approximately 84 million US workers, who must comply or risk losing their jobs.

A federal appeals court in New Orleans temporarily halted the mandate on Saturday, saying that it poses “grave statutory and constitutional issues.”

Biden had promised not to impose a mandate on private businesses last December, but has since described it as “necessary.”

Companies that do not comply with the mandate will be fined $13,653 for each “serious” violation. Repeat offenders will face fines up to $136,532. 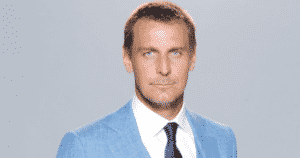