The Biden administration announced Thursday night they are poised to reimplement Donald Trump’s “Remain in Mexico” policy if Mexico agrees to accept the return of refugees into the country.

“The Trump administration used MPP to return more than 60,000 asylum seekers across the border to Mexico, requiring them to wait outside U.S. territory as their claims were processed in U.S. courts. The policy was conceived by Trump officials as a way to prevent border-crossers from being released into the United States — and avoiding deportation — by making asylum claims,” reports the Washington Post.

“Mexico is a sovereign nation that must make an independent decision to accept the return of individuals without status in Mexico as part of any reimplementation of MPP,” the DHS statement said. “Discussions with the Government of Mexico concerning when and how MPP will be reimplemented are ongoing.”

“Rolling back the policies of ‘Remain in Mexico,’ sitting on the edge of the Rio Grande in a muddy circumstance with not enough to eat and — I make no apologies for that,” Joe Biden told the White House press pool in March. “I make no apologies for ending programs that did not exist before Trump became President, that have an incredibly negative impact on the law, international law, as well as on human dignity.” 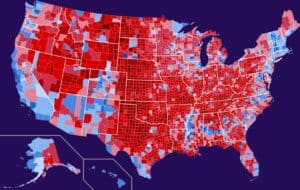