After thousands of Cubans gathered over the weekend to protest the socialist government’s restrictions on liberty and the widespread poverty that has resulted from their socialist policies, the Biden administration faced backlash for suggesting the protests were Cubans using “their right to peaceful assembly” over “rising COVID cases.”

“Peaceful protests are growing in #Cuba as the Cuban people exercise their right to peaceful assembly to express concern about rising COVID cases/deaths & medicine shortages. We commend the numerous efforts of the Cuban people mobilizing donations to help neighbors in need,” Julie Chung, a State Department official, wrote on Twitter.

Peaceful protests are growing in #Cuba as the Cuban people exercise their right to peaceful assembly to express concern about rising COVID cases/deaths & medicine shortages. We commend the numerous efforts of the Cuban people mobilizing donations to help neighbors in need.

Republican Senator Marco Rubio (FL) responded to the tweet, writing, “This is a ridiculous tweet from @StateDept People in #Cuba are protesting 62 years of socialism, lies, tyranny & misery not ‘expressing concern about rising COVID cases/deaths’ Why is it so hard for @potus & the people in his administration to say that?”

Many people were also quick to point out that the right to peacefully assemble is not protected by the Cuban government, and those who criticize the government are often beaten and imprisoned. According to Human Rights Watch, “The Cuban government represses and punishes dissent and public criticism. Tactics against critics include beatings, public shaming, travel restrictions, short-term detention, fines, online harassment, surveillance, and termination of employment.”

They added, “Detention or the threat of detention is often used to prevent people from participating in peaceful marches or meetings to discuss politics. Detainees are often beaten, threatened, and held incommunicado for hours or days. Police or state security agents routinely harass, rough up, and detain members of the Ladies in White (Damas de Blanco)—a group founded by the wives, mothers, and daughters of political prisoners—before or after they attend Sunday mass.”

The Cuban government has responded to the current protests by attacking unarmed protestors and beating journalists who try to report on their abuse of human rights. The Cuban government has reportedly threatened young members of its military to force them to attack unarmed protestors. Rubio wrote on Twitter, “Reports that the Communist regime in #Cuba is threatening young members of the military. They are being told they will be denied admission to a university after completing their mandatory military service if they do not follow orders to attack unarmed protestors.” 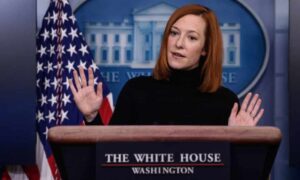