BERNIE SOUNDS OFF! Sanders Exclaims Droughts Are Hitting ‘Every Country on Earth’

Senator Bernie Sanders doubled down on his demand for the US government to tackle climate change as one of the greatest threats facing the nation since the Second World War Tuesday.

“Oregon is burning, California is Burning, Greece is burning,” he exclaimed. There is a drought hitting virtually every country on earth. Newsflash: Climate change is real! The United States and other countries have to address it!”

.@SenSanders to the @SenateGOP's climate deniers: "News flash: Climate change is real and the United States and other countries have got to address it."

🗣Say it louder for the people in the back🗣pic.twitter.com/wrletHPMRF

Sanders has been sounding the alarm on the environment for decades, warning Americans of the dangers posed by acid rain back in 1989.

“We face, as all people know, an ecological crisis in our time. Whether it’s acid rain, the destruction of the ozone layer, the greenhouse effect,” said Sanders then.

Climate change is the existential crisis of our time. Why isn't this something we talk about on the news every day? pic.twitter.com/O8t0Zsa3ZR

A new report from the United Nations is also raising alarms among environmentalists and climate change activists across the globe this week. The data contained allegedly indicates the impact of global warming cannot be reversed “over the next 30 years.”

“Nations have delayed curbing their fossil-fuel emissions for so long that they can no longer stop global warming from intensifying over the next 30 years, though there is still a short window to prevent the most harrowing future, a major new United Nations scientific report has concluded,” writes the New York Times. 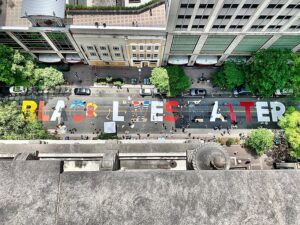 6 responses to “BERNIE SOUNDS OFF! Sanders Exclaims Droughts Are Hitting ‘Every Country on Earth’”