Before being confirmed by production, news of Aquino’s role had leaked online in images posted by Leslie Grace, who is playing Gordon, on Instagram.

Ivory Aquino has been confirmed by @lesliegrace via Instagram to be playing Alysia Yeoh!!! 🦇 #Batgirl https://t.co/1Chkg7JOAB pic.twitter.com/Pg5LfH1d5X

Aquino will be joined by Leslie Grace, Brendan Fraser, Michael Keaton and J.K. Simmons who are also starring in the film.

While details about the plot are still mostly under wraps, Deadline reports, “Fraser is portraying the villain Firefly, as previously announced, with Keaton reprising his role as Batman from Tim Burton’s 1989 film of the same name and his 1992 follow-up Batman Returns. Details with regard to the role Scipio is playing haven’t been provided. Kristin Burr is producing the film scripted by Christina Hodson.”

The report added, “Aquino is best known for turns in the Netflix series When They See Us and Tales of the City, and in ABC’s When We Rise. She’s also featured in series including Blue Bloods, FBI: Most Wanted, New Amsterdam and High Maintenance, as well as Isabel Sandoval’s Lingua Franca and other films.”

In their report on the casting, RT noted that “previously, the CW series ‘Supergirl’ – also a DC property – introduced the first transgender character in a superhero TV series, with several other DC shows prominently featuring lesbian characters, such as Batwoman played by Ruby Rose. Plus, DC’s animated series ‘Harley Quinn’ ended its second season with Harley and Poison Ivy falling in love, and the DC film ‘Birds of Prey’ featured a lesbian police detective played by Rosie Perez. Marvel has also made strides towards more representation, revealing Loki, played by Tom Hiddleston, as pansexual and including a same-sex couple in the ‘Eternals’ film.” 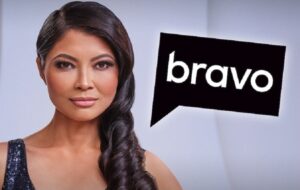