The Bank of Japan, seen as one of the last holdouts among central banks to avoid raising rates in response to inflation, unexpectedly announced a shift in its longstanding policy to maintain a yield of zero percent on government bonds Tuesday.

The change, according to a press release shared by the bank, will impact what’s known as the yield curve control (YCC). Specifically, the bank announced that it will increase the 10-year Japanese Government Bond target level from 0.25% to 0.50%. “Since early spring this year, volatility in overseas financial and capital markets has increased and this has significantly affected these markets in Japan,” the statement reads. “The Bank expects that the measures decided today will facilitate the transmission of monetary easing effects.”

According to the Bank of Japan, however, the “increased volatility in overseas markets” has caused the bank to signal a readiness to reverse course. But by only marginally increasing the target level without notice, economists and markets have reacted with surprise.

“Today’s move reflects the BOJ’s determination not to alter its yield curve control policy. But the BOJ failed to communicate with markets, as it made no efforts to lay the ground or allow markets to factor in such a move. It came all of a sudden so market players must be angry about the decision,” Atushi Takeda, the chief economist of the Itochu Economic Research Center in Tokyo, told Reuters.

The Bank of #Japan blinked and pivoted in the opposite direction. After artificially holding the 10-year JGB yield at .25%, the BOJ just raised the target rate to .5%. More hikes are coming. In the U.S. this means the #dollar and asset prices will fall and #inflation will rise. 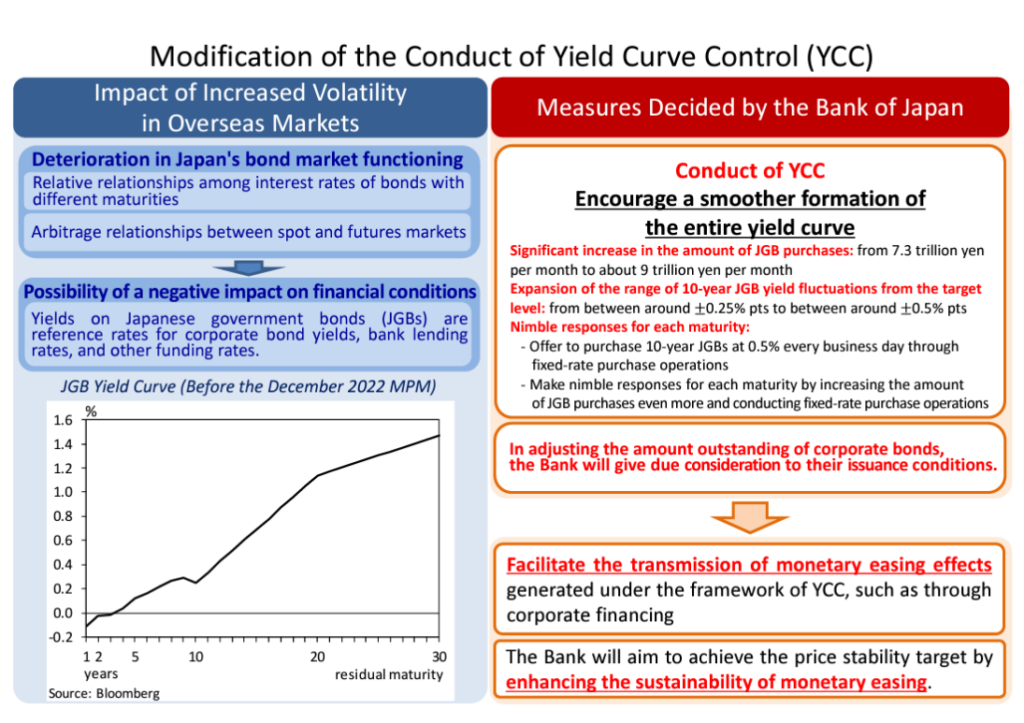 The Brookings Institute provided an explanation of how this monetary tool has been used by the BOJ in recent years:

Under YCC, the central bank commits to buy whatever amount of bonds the market wants to supply at its target price. Once bond markets internalize the central bank’s commitment, the target price becomes the market price—who would be willing to sell the bond to a private investor for less than they could get by selling to the Fed?

The Bank of Japan (BOJ) committed in 2016 to peg yields on 10-year Japanese Government Bonds (JGBs) around zero percent, in a fight to boost persistently low inflation. To hit that yield target, the BOJ has a standing offer to purchase any outstanding bond at a price consistent with the target yield. On days when private investors for any reason are less willing to pay that price, the BOJ ends up purchasing more bonds in order to keep yields inside the target price range.

The BOJ is the only major central bank to have experimented with interest rate pegs in recent history. YCC is just one piece of the BOJ’s large policy effort that also includes quantitative easing, forward guidance, and negative interest rates—all aimed at lifting inflation. The Bank has been successful at maintaining a yield of zero percent on JGBs. 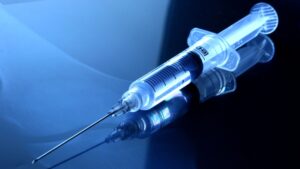 Puberty Blocker Prescriptions For Children Have Doubled Since 2017