Joe Biden confused audience members and staffers in Pennsylvania Wednesday when he bizarrely claimed that he “used to drive” an 18-wheeler Mack Truck when visiting their facility during his economic recovery tour.

There is zero evidence the Commander-in-Chief has ever driven an 18-wheeler.

“Fox News pressed the spokesperson about the president’s claim – noting that riding in a truck is not the same as driving one – at which point the president’s spokesperson pointed to a United Federation of Teachers post that touched on Biden driving a school bus in the past as a summer job,” reports Fox News.

Joe Biden, a career politician who has been in politics for 48 years, claims he "used to drive an 18 wheeler.” pic.twitter.com/eOXI9pwF2g

Our cities are EXPLODING with drugs & violence because of Democrat “defund the police” policies and the GREAT UNITER Joe Biden deflects to talk about “sucking blood out of kids.” He’s completely LOST it! Needs a cognitive exam NOW!
pic.twitter.com/ot3ZwUc2Bf

“Where are the people in our academic medicine that were out there calling for President Trump to have a cognitive test? Where are these people?” Jackson said. “There’s something seriously going on with this man right now. And you know, I think … they’re going to convince him to resign from office at some point in the near future for medical issues, or they’re going to have to use the 25th Amendment to get rid of this man right now.”

“This is a national security issue at this point,” he added. 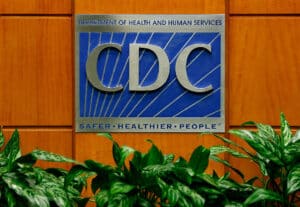