Australians are less than two weeks away from the May 21 election.

Prime Minister Scott Morrison faced off with Anthony Albanese during the third and final debate of the nation’s election cycle on May 10, giving voters a final face-off between the two leaders.

Morrison, who took office in August of 2018, focused on his opponent’s credibility.

“He’s a loose unit when it comes to the economy. He makes things up as he goes along,” said Morrison.

A member of the Liberal-National Party, Morrison had enjoyed considerable popularity during the COVID-19 pandemic. Morrison closed Australia’s borders in an effort to prevent the spread of COVID-19 during the onset of the global pandemic. The prime minister also launched a number of programs to financially support citizens impacted by the pandemic and has reminded the public of the 4% national unemployment rate.

His pandemic response won him record-high approval ratings. In mid-July of 2020 – four months into the pandemic – Morrison’s approval was about 65%.

Disapproval for the prime minister surged and surpassed approval on Oct. 1, roughly 10 days before Sydney, the nation’s most populous city, ended a 107-day lockdown period.

Public opinion of Morrison then collapsed to about 39% approval in January of 2022 after he was criticized for his inadequate response to bush fires, per Reuters.

Australia also recorded a surge in COVID-19 cases stemming from the omicron variant in April and, like many countries, suffered from a severely damaged supply chain that triggered a national shortage of basic supplies. Gas prices have climbed in recent weeks, further frustrating Australian voters.

In addition to COVID-19, key issues in this year’s election include growing concern over China’s conduct in the region, calls for more climate change initiatives, and concerns regarding the nation’s increasingly high cost of living.

A poll from the University of Technology in Sydney published in May found that 40% of Australians will cast their vote based on a candidate’s policy regarding China.

Under national law, the prime minister had to call for the national election by May. Morrison chose the latest possible date for the election as has used the extra time to cast his opponent as unreliable and ill-prepared to take office.

Albanese, the opposition leader who is one of the longest-serving politicians in Australian history, is known for his support for the nation’s free healthcare system.

A member of the Labor Party, the 59-year-old previously served as the minister for infrastructure and transport under former Prime Minister Kevin Rudd in 2007. He became Rudd’s Deputy Prime Minister in 2013.

Albanese is considered a centrist member of the left-wing party. He has called himself “not woke” and has downplayed “his support of more aggressive climate action policies while ramping up tougher rhetoric on China and national security,” reports the BBC. “He has also backed Australia’s controversial policy to turn back any asylum seekers arriving by boat — something he once publicly opposed.”

Early voting began on May 9 across 550 polling stations in the country.

“Voting is compulsory in Australia and almost 17 million adults in a population of 26 million people are expected to vote,” reports AP News. “Pre-poll voting is available to those unable to vote on May 21 for reasons including work or travel. People conscious of the risks of COVID-19 are expected to vote early to avoid the larger crowds at polling booths on May 21.”

“The bells are tolling for the Morrison government because early voting starts today,” Albanese said in a statement. “We want people to participate in our democracy and to vote whenever is convenient.” 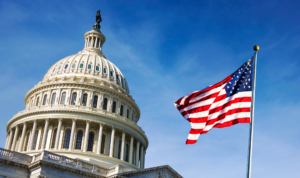