Australia Sends Their Military to Enforce Coronavirus Lockdowns in Sydney

The Australian military will now be working with local police to enforce coronavirus lockdowns and restrictions in Sydney — including knocking on residents doors to make sure they are complying.

On Monday, approximately 300 soldiers will begin patrolling the city of six million people, which is under strict lockdown orders until August 28.

NPR reports that “the military’s help is needed to enforce the restrictions because a small minority of people thought ‘the rules didn’t apply to them,’ New South Wales Police Minister David Elliott told Australia’s Channel Nine.”

“Australian Prime Minister Scott Morrison has come in for heavy criticism in recent weeks over the slow pace of vaccinations in Australia, where about 14% have been fully dosed — one of the poorest records among any member country of the Organization for Economic Cooperation and Development,” the report explains.

Will, a resident in Bankstown, told the Guardian that the military deployment was just a “continuation” of the heavy-handed approach to enforcement in the region.

“It’s a sign of a continuation of the militarised and policed response to this entire outbreak,” he said. “It continues the way western Sydney is policed, the way movement and recreation is policed, but at the same time it amplifies it and marginalises people. It just makes it worse.”

“Their deployment is such a statement about the nature of the problem, and the problem is us, the people who live in western Sydney. They’re saying the problem isn’t the vaccine rollout or their failure to support people, the problem is our compliance.”

The resident described the troop rollout as an “invasion” and said that he believes that it will increase skepticism among those who are not vaccinated.

The US government describes Martial law as “the temporary substitution of military authority for civilian rule and is usually invoked in time of war, rebellion, or natural disaster.”

Though what is happening in Sydney sounds very similar to what one would expect to see under Martial Law, and the general description, it is not — unless a military commander takes over authority to make and enforce laws.

Morrison has responded to outrage over the heavy handed lockdowns by urging people to get vaccinated if they want their freedom back. 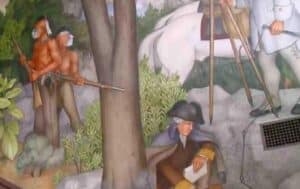