Missouri Attorney General Eric Schmitt is the projected winner of the Republican primary election for the seat being vacated by Senator Roy Blunt, who is retiring.

There were 21 candidates vying for the seat, including former Governor Eric Greitens and Representative Vicky Hartzler.

Missourians want a fighter in the U.S. Senate and I’m taking a blowtorch to Biden’s socialist agenda. #MOSen pic.twitter.com/N2vjPPoh2P

A June poll of likely Republican primary voters in Missouri found that 49 percent planned to vote for whoever received Trump’s endorsement. However, that factor was removed from the equation when the former president endorsed an unspecified “ERIC” on the eve of the election.

The problem was, there were three Erics in the race — former Governor Greitens, Schmitt and long shot candidate Eric McElroy.

“I trust the Great People of Missouri, on this one, to make up their own minds, much as they did when they gave me landslide victories in the 2016 and 2020 Elections, and I am therefore proud to announce that ERIC has my Complete and Total Endorsement!” Trump said in a statement, adding that the voters “must send a MAGA Champion and True Warrior to the U.S. Senate, someone who will fight for Border Security, Election Integrity, our Military and Great Veterans, together with having a powerful toughness on Crime and the Border.”

To recap, Trump couldn’t decide whether to endorse Eric Greitens or Eric Schmitt in the Missouri Senate race, so he just endorses “ERIC” the night before the election. Now both are graciously thanking him for his sincere support. pic.twitter.com/voE4Z3myOk

When asked for clarification on which “Eric” the former president meant, a spokesperson told NBC News that the endorsement “speaks for itself.”

Schmitt is currently serving as Missouri’s 43rd Attorney General and was a massive supporter of Trump’s policies during his presidency.

Congratulations @Eric_Schmitt, the next US Senator from Missouri!

I know someone on his comms team; Schmitt has been a fighter against biomedical tyranny and will be a great senator. https://t.co/b56xbDul91

According to his campaign website, “Eric was the first Attorney General to sue China to hold them accountable for unleashing the coronavirus on Americans. When Facebook was canceling conservatives and Google was using their platform to hurt consumers and businesses, Eric filed a lawsuit and launched a massive antitrust probe to stop Big Tech abuses. When voter integrity came into question, Eric authored and led the brief supporting the Pennsylvania Republican Party against the unconstitutional actions of the Pennsylvania courts, and he authored and led a brief in support of Texas’ lawsuit against Georgia, Michigan, Pennsylvania and Wisconsin before the United States Supreme Court, where 17 other states to joined him.”

Schmitt’s campaign also pointed out that he has been working to “hold the Biden administration accountable” and “protect the Constitution and the America First Agenda.”

“He has been on the front lines of every fight President Biden has waged against our jobs, our freedoms, and our safety. When President Biden canceled the Keystone XL Pipeline and thousands of jobs with it, Eric demanded it be reinstated and filed suit. When President Biden and John Kerry circumvented the Constitution to set a ‘social cost’ on greenhouse gases, a move that would cost not thousands but millions of jobs, destroy the energy and agriculture industries, and lower the standard of living for working families, Eric immediately sued him,” his website continues. “When Joe Biden halted Operation Talon endangering American lives, Eric pushed back against President Biden, urging him to reverse his order.” 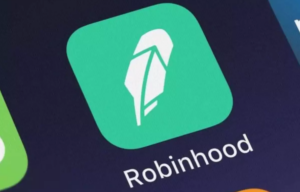 Robinhood to Lay Off 23% of Staff, Cites Inflation and Crypto Market Crash