New federal rules require all lower receivers, finished or unfinished, to be serialized and sold by FFL dealers

The Bureau of Alcohol, Tobacco, Firearms and Explosives (ATF) has issued an open letter to firearm dealers clarifying the types of firearms and components impacted by a federal rule that took effect in August.

Officials at the U.S. Department of Justice (DOJ) enacted a rule re-classifying partially constructed firearm frames and receivers as complete weapons. The directive effectively subjects unfinished lower receivers to Federal Firearm License (FFL) rules for fully-assembled guns, meaning they must be sold by a licensed dealer and an individual buying them must complete the same background check process they would for a regular gun purchase.

Before the rule took effect, lower receivers that were only partially manufactured (usually 80 percent complete when a purchaser obtained them) were not treated as fully assembled weapons. An individual could buy one, then using basic tools at home finish the assembly and have a fully-functioning firearm unable to be tracked by authorities. These firearms are often called “ghost guns.”

The Bureau’s Final Rule 2021R-05F impacts lowers that “may readily be completed, assembled, restored, or otherwise converted” to a functional frame. The definition of “readily” applies to “each and every classification” of a partially complete frame or lower receiver under the rule, whether sold alone or as part of a kit, according to the open letter sent to FFL dealers.

“Today’s open letter is another important step in implementing the crucial public safety rule regarding privately made firearms, or Ghost Guns,” ATF Director Steven Dettelbach said in a press release.

“The partially completed pistol frames described in this open letter are readily convertible to functioning firearms under the Gun Control Act. Ghost Guns can kill like other firearms if they are in the wrong hands, so they are treated as firearms under the law,” he added. “This means that they must have serial numbers so that law enforcement can trace if they are used in crimes like other guns, and also that those engaged in the business of selling them must be licensed dealers and run background checks.”

Following the new rule, frames and lower receivers will have to have serial numbers and be purchased from licensed gun dealers. 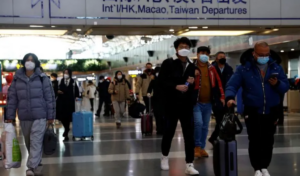