The Associated Press has issued a correction after “erroneously” reporting that Russian missiles killed two people in Poland on Tuesday.

The Associated Press report had cited “a senior American intelligence official who spoke on condition of anonymity” to claim that Russian missiles had crossed into Poland. In the correction, the news wire acknowledged that the missiles were “most likely fired by Ukraine.”

“In earlier versions of a story published November 15, 2022, The Associated Press reported erroneously, based on information from a senior American intelligence official who spoke on condition of anonymity, that Russian missiles had crossed into Poland and killed two people. Subsequent reporting showed that the missiles were Russian-made and most likely fired by Ukraine in defense against a Russian attack,” the correction, which was published on Monday, said.

Poland’s President Andrzej Duda said on Wednesday that the explosion was likely an “air defense missile.”

“There is no indication that this was an intentional attack on Poland,” Duda said. “There are many indications that it was an air defense missile that unfortunately fell on Polish territory.”

Duda added that there is “no proof at the moment that it was a missile fired by the Russian side.”

On the same day, US Secretary of Defense Lloyd Austin said that the explosion “was most likely the result of a Ukrainian air defense missile that, unfortunately, landed in Poland,” adding that “whatever the final conclusions may be, the world knows that Russia bears ultimate responsibility for this incident.”

“Russia launched another barrage of missiles against Ukraine specifically intended to target Ukraine’s civilian infrastructure. This tragic and troubling incident is yet another reminder of the recklessness of Russia’s war of choice. And Ukraine has a bedrock right to defend itself, and we will continue to stand in solidarity with the people of Ukraine as they defend their country,” Austin said.

The accuracy of reporting on a story involving a possible strike on a NATO member is of dire consequence due to Article 5, which means that any attack against one member nation is considered an attack against all allies.

Ukrainian President Volodymyr Zelenskyy has continued to deny that the strike was from Ukrainian air defenses.

…which will force Russia to change its course on escalation, providing Ukraine with modern aircraft such as F-15 and F-16, as well as air defense systems, so that we can intercept any Russian missiles. Today, protecting Ukraine’s skies means protecting NATO 2/2

“Ukraine reaffirms its full solidarity with Poland and stands ready to provide any necessary support. The collective response to Russian actions must be tough and principled,” Kuleba tweeted at the time. 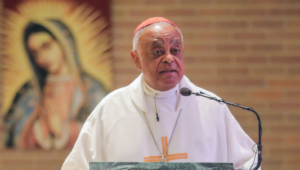